The decrease of religious praxis in Western countries partially coincided with the advent of the “New Age” and the end of the Cold War – overlooking the increasing role played by the Gulf States in the internal policies of Arab countries, shaping the “Global Jihad” approach with the support of the United States during the final confrontation with the Soviet Union (Soviet – Afghan war 1979-1989).

In parallel, the weakening of Arab -Islamic university curricula as well as hermeneutic religious understanding in the contemporary world clearly emerged at the same time with a major political and economic pressure pushing Islam and political leaders to play a major ideological role, shaping it as a form of “Political Islam”. This became a phrasal idiom overemphasized in the media which is not that different from S. Huntington’s “Clash of Civilizations”.

However, the main risk of contemporary religious violence in the Middle East and Europe, like the inability of the media to properly interpret the on-going situation, stimulated a “standardizing” representation of Islam and “oriental” geography as perennially at war, barbaric and without any possibility of “redemption”.

The absence of Western discernment of the recent events which have affected this area has increased an Islamophobic attitude based on false prejudices, clichés and a regrettable dread of diversity which has emphasized a narrative of Violence within Islam rooted on creation and artifice, less on historical reality.

This activity has received funding from the European Union’s Horizon 2020 research and innovation programme under the Marie Sklodowska-Curie grant agreement No 746451. 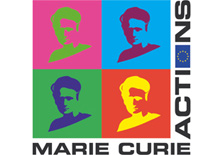