The arthropod similiar to an insect and just over a milimeter, acts as a vector of microrganism dispersion and scientists propose to study whether it contributes to the deterioration of the paintings in the cave 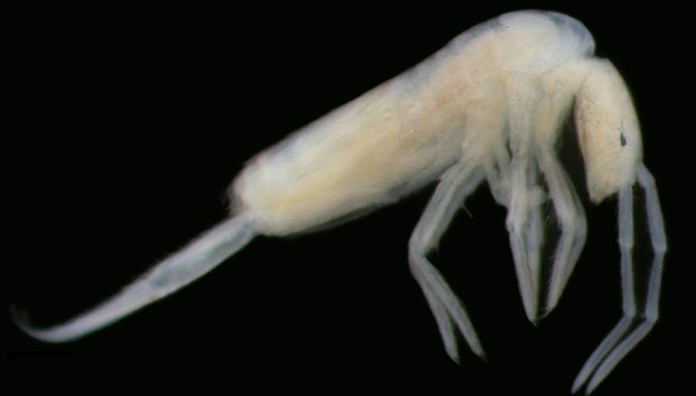 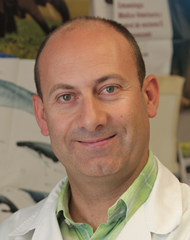 Spanish researchers have discovered a new animal species in the Caves of Altamira: a collembola belonging to the genus Pseudosinella.  The collembola are a group of insect-like (six-legged) hexapod arthropods, who have a specialized body for jumping. The study, published in ZooKeys, is directed by researchers from the University of Navarra, Enrique Baquero and Rafael Jordana, together with biologist Lucía Labrada and environmental consultant and bio speleologist Carlos Glez Luque.

The species has been given the name Pseudosinella altamirensis  and because of  the way it behaves in the Altamira Caves, the scientists suspect that it can act as a vector to disperse certain microorganisms either because they stick to their bodies, or because they are digested and dispersed with their droppings.

Enrique Baquero who has led the study explains that Altamira is a particularly sensitive cave, because it has a very high microbial diversity.  “The collembola are almost all fungivores (eat mushrooms).  In a cave where there are valuable paintings which can have fungal spores, they can deteriorate” he assures us.  That's why we propose to develop a study "to find out if Pseudosinella altamirensis (the new species described) is a problem or not, explains the Professor of Zoology and Ecology and Researcher with the Research Institute of Biodiversity and Environment of the University of Navarra.

Knowing if it acts as a vector of dispersion of microorganisms, says Lucía Labrada, is easy to check if the digestive tract of the colombola is observed under the microscope.  We have suggested to the management of the Altamira Museum that it is researched whether there is an exchange of bacteria with colonies living on roofs, walls and floors, thus contributing to the dispersal and diversification of the bacterial communities present in the Cave, especially those involved in biodeterioration processes”, concludes Labrada.

Work financed by the Government of Cantabria

This discovery occurred during the work carried out in the Community of Cantabria by Carlos Glez Luque, funded by the Government of Cantabria.  The research began in 2000 with a study about invertebrate fauna of the Altamira Caves, supported by the National Museum and the Altamira Research Center and it´s director José Antonio Lasheras, to whom this publication is dedicated posthumously

The small size of the new species (a little more than 1mm in length) has not been an impediment to finding the species in other caves in Cantabria.  A uniqueness of this finding, when compared to the vast majority of new species described today , is that “no one has found or ever studied the collembola; something striking, given the importance of the Altamira Caves," says Carlos González Luque.

Rafael Jordan, Emeritus Professor of Animal Physiology and Zoology of the University of Navarra, notes that "their existence would have gone unnoticed by inhabiting soils that maintain a large number of hollows and free spaces that serve as a route of movement, escape and refuge”.  Inside the caves “their eating habits, behavior, and population are closely related to nutrient availability and environmental conditions that favor or hinder microbial presence and proliferation,” he says.