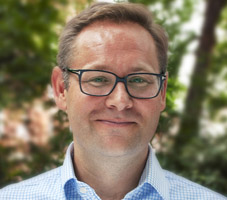 Phil Baty has 20 years of experience working in the global higher education sector, including more than seven years as editor of the World University Rankings. Phil was listed as one of the top 15 “most influential” in education by The Australian newspaper in 2012 and in the 2016 book, Global University Rankings and the Mediatization of Higher Education, he is described as “one of the most powerful commentators, and arguably policy actors, on higher education”.

Phil founded the THE World Academic Summit, first held in Singapore in 2013. The event has since grown into a successful World Summit Series, bringing together senior university leaders and policy makers in meetings across the world, including in San Francisco, Melbourne, Hong Kong, Johannesburg, Moscow, Delhi and Barcelona. He is a regular speaker at international conferences, contributing in recent years to events organized by the United Nations Educational, Scientific and Cultural Organization, the World Bank, the Organization for Economic Cooperation and Development, British Council, British Academy and others.

Phil is an award-winning journalist. He picked up the Ted Wragg Award for Sustained Contribution to Education Journalism (CIPR) in 2010 and was a runner up for the Paul Foot Award for Campaigning Journalism, run by The Guardian and Private Eye magazine in 2007. He contributes regularly on global higher education for leading newspapers and broadcasters around the world.