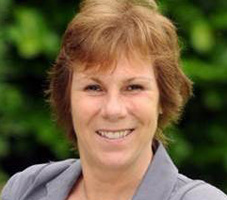 Dr Anne Gregory has been Professor of Corporate Communication at the University of Huddersfield since September 2014. She joined the University from Leeds Beckett University where she was Director of the Centre for Public Relations Studies, an internationally recognised research centre and think tank on public relations and communication. While at Leeds Beckett, she also completed a three year term as Pro Vice Chancellor.

Anne has led numerous specialist research and consultancy programmes for public and private sector clients, particularly for the UK Government where her work has led to Government policy documents and capability-building initiatives.  She remains an advisor to UK Government having completed three attachments and is currently working on the Senior Talent Programme for Government which seeks to build capability in the most senior communicators. She is a formal Reviewer of Government Departmental communication and has advised both the South African and New South Wales Governments on capability development.

Professor Gregory is the Director of the Global Capabilities Framework research project the results of which were announced in April 2018. The Framework has been adopted by the Global Alliance of Public Relations and Communication Management which is the confederation of the professional bodies worldwide and is being used by them to benchmark capability in the profession internationally.