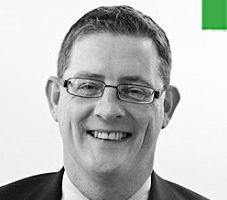 He served as a Special Adviser to Chancellor Gordon Brown. He helped Labour win an unprecedented three consecutive terms in office in 1997, 2001 and 2005.

He has extensive experience on international affairs, having developed communications strategies for Harvard Business School, Covidien, Boston Scientific, the National Democratic Institute's Congress of Democrats from the Islamic World, the Caribbean Community, the UN-supported International Trade Center in Geneva.

Andrew is a frequent television and radio commentator for the BBC, CNN and Fox on politics and international affairs. His columns have been published in the Baltimore Sun and the Seattle Times, and he was the lead columnist for the ‘MetroWest Agenda' series, for which CommonWealth Magazine labelled him a ‘big thinker'.