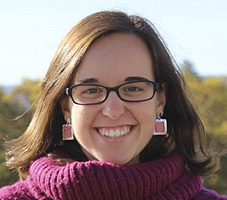 Laura Venzal
STUDENT DELEGATE OF THE UNIVERSITY OF NAVARRA

Laura Venzal Ballester is a third-year Law student at University of Navarra. In addition to this degree she is also involved in the Anglo-American Law Program. She was elected Student Delegate of the School of Law and subsequently of the University for this academic year 2016/2017.

Previous to her involvement in the University, she cofounded and presided ‘Free Students of Balearics’,a student association pursuing linguistic rights as well as a non-politicized public Education system.

For the past two years she has been co-leading the debate club of the University, Dikaios. She is interested in Human Rights and social development. It is for this reason that she is at present cooperating in various projects in Tanzania regarding non-profit initiatives as well as social entrepreneurship. She is currently the coordinator of the area of International Cooperation in Tantaka (University of Navarra).