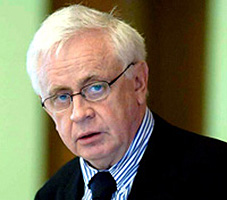 He is internationally recognized and highly cited academic and expert in higher education and science as well as international relations, in particular policy development, quality assurance, governance and management at the system and institutional level [h-index 24, i10-index 23], international governmental organizations.

In the past 30 years he has been involved in senior-level policy advice to international governmental [UNESCO, The World Bank, OECD] and non-governmental organizations, governments and higher education institutions in a number of countries in Europe, Asia, Africa and Arab Region. He was directly involved in the policy formation for the Bologna Process [in the years 2000-2009].  He has a long record of being a member of the governing boards, scientific councils of various bodies and organizations.

In the period September 2009 – January 2011, he has been Professor and Vice-rector at the University of Social Sciences and Humanities/SWPS in Warsaw, Poland.

He is Member Correspondent of the European Academy of Arts, Sciences and Humanities – Academia Europensis, France, Fellow of the World Academy of Art and Science, USA, and Honorary Member of the National Academy of Sciences of Kazakhstan.