The use of proportional palliative sedation for the relief of refractory symptoms: an international multicenter study

Due to the rise in cancer and multiple chronic disease, the number of patients with refractory symptoms, ie severe symptoms where conventional treatment options fail, is likely to increase. In such cases palliative sedation (PS) can be indicated which involves the intentional lowering of consciousness at the end of life.

However, PS is too often restricted to continuous deep sedation and confused with hastening of death. This proposal offers a modified concept, namely proportional PS, with titration of sedatives up to the point of symptom control to improve patient comfort.

he project consortium consists of experts in the field of palliative care and PS from 8 North-Western, Southern, and Central-Eastern European countries. Renowned advisory board members are involved among which the European Cancer Patient Coalition to foster the patient perspective.  A dedicated European taksforce for PS is foreseen as a follow up after the project's finalization.

The main objectives for the project are as follows:

1) Investigate current state of the art in the delivery of palliative sedation, including terminology used, through a comprehensive literature review and national surveys.

7) Develop and deliver an online educational course to help clinicians, patients, families, and interested people to better understand the use of palliative sedation for refractory symptoms, including medical and ethical aspects.

8) Disseminate the key messages throughout the duration of the Palliative Sedation project and beyond using a targeted, timely and fully integrated knowledge transfer and exchange approach, which will include the publication of a free-to-download e-book.

This project has received funding from the European Union’s Horizon 2020 research and innovation programme under grant agreement No 825700. 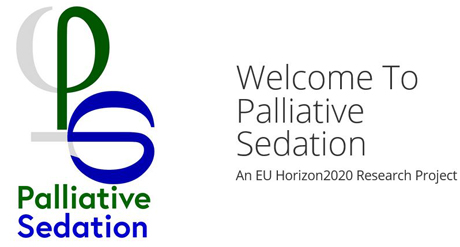 ATLANTES members of the team: