Between Freedom of Expression and the Right to Dignity 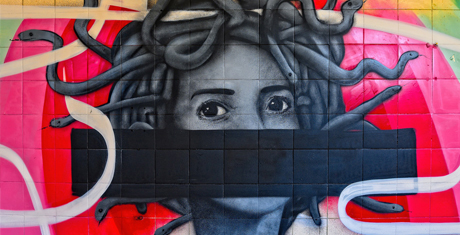 In an information society like ours, the media’s position is so prominent that they are capable of influencing society through all kinds of messages, as well as of making it possible for any citizen to simply and immediately address the larger public as an active user. These phenomena have contributed to blurred borders between public and private discourse to the point that speakers often lack full awareness of the impact their words have when disseminated through certain media, such as social media. In this way, our societies are at greater risk in terms of the production of publically relevant texts that may descend into crimes that violate the right to dignity, including hate crimes and those associated with fomenting terrorism.

Fake news and sensational media manipulation have become a major problem. At the same time, defending the freedom of expression has become a major concern in democratic societies. Thus, with multiple, highly-covered legal processes related to crimes against the right to dignity, it has become clear just how difficult it is to limit the freedom of expression with respect to the right to dignity, fueling social debate around which of these two rights should prevail (Gómez Martín 2017; Tatay Nieto 2018).

To determine whether a potentially defamatory text has violated a plaintiff's right to dignity or if a hate crime or encouragement of terrorism has occurred, a linguistic-discursive analysis of that text is essential. Thus, this criminal field constitutes an area in which linguists could be of great use to society based on the transfer of systematic linguistic criteria that help us to better understand how the boundaries between the right to dignity and freedom of expression materialize in specific linguistic mechanisms. However, linguistic expertise is usually limited to specific privileged areas (disputes about trademark names, detection of plagiarism, or identification of authorship of a given text through phonetic-prosodic indications of voice recognition or recurring linguistic elements, among others) that exclude defamation and hate speech (Olsson 2004, Coulthard et al. 2016).

In this project, we propose transferring theoretical, methodological and descriptive advances in linguistic research to cases related to the right to dignity, hate speech and fomenting terrorism, thus putting these resources at the service of society. Specifically, we aim to generate linguistic-discursive criteria that make it possible to more clearly and certainly define the limits between freedom of expression and the right to dignity in the face of potentially defamatory and/or denigrating texts. These criteria will be useful for professionals in the field of law, professionals who often produce publically relevant texts and, in general, for citizens within a fully democratic society.