Do we always choose the highest value option? A publication from the University of Navarra on decision making says not 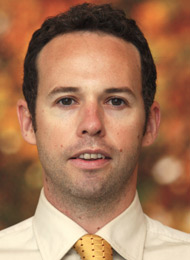 The Institute for Culture and Society (ICS), the Clínica Universidad de Navarra (CUN) and the School of Education and Psychology at the University of Navarra have published a study on “Neural correlates of effort-based behavioral inconsistency” in the journal Cortex, the fifth most prestigious in the field of behavioral sciences.

This study measures inconsistency when making a difficult decision. As Javier Bernácer explains, one of the publication’s authors and a researcher within ICS’s Mind-Brain Group, inconsistency arises when "we propose the same decision (with options A and B) several times and sometimes we choose A and others B." For example, a person who goes to a coffee shop every day and sometimes drinks coffee and other times drinks chamomile.

According to the theory of Value-based Decision Making, human beings always choose the most advantageous option when faced with two options. However, "with inconsistency, sometimes you choose the one of greater value and sometimes the one of lesser value," he says.

In this way, researchers have found a contradiction. "One is supposed to evaluate consistently every time, but why should one sometimes choose A and others B if A is always better than B?" In their article, they highlight this problem and strive for greater consideration of decision-making based on the evaluation of options.

Physical exertion as a devaluator

Specifically, the researchers tries to understand what happens in the brain when difficult decisions cause very inconsistent decision-making. To carry out this research, they tested 24 young people (14 girls and 10 boys) between the ages of 18 and 25. The presented each one was with 20 personalized decisions (with option A and B), nine times each. All decisions had three elements: the possibility of winning € 30, two options (one with a higher probability of getting the money), and physical exertion by running on a treadmill to earn the money.

As Bernácer explains, for the experiment to be more accurate, they chose young people who identify as sedentary, so exertion detracted from the option that promised the most chance of winning money. In addition, after posing the questions, the team chose one person at random and participants had to act according to their answer, which improved the reliability of the answers.

One example decision is as follows: with option A there is a 70% chance of winning the money but you must run 25 minutes; with option B there is only a 30% chance, but you only have to run 10 minutes.

Inconsistent decisions included choosing option A five times and option B four times; consistent decisions presented a 9-0 ratio. While participants considered the options, they were subject to a brain scan, so researchers could observe the regions of the brain that act when faced with indecision. "We know that, on average in our subjects, the anterior cingulate brain area is involved in these inconsistent decisions" since the scanners recorded peak activity there, according to the researcher.

This research has been published in the journal Cortex, a first quartile publication from Elsevier publishing house, the tenth best according to a ranking from Scholarly Publishers Indicators. The researchers followed an open data-share policy. According to Bernácer, this supposes a distinctive approach to transparency in that it forces the research team to thoroughly contrast the data. In addition, it facilitates the advancement of knowledge since other experts can see these data and use it for their own research.