The Sefarad subproject aims to research the historical-cultural legacy of the Jewish people in Navarra.

One of the project’s main components is the Sefarad Virtual Museum (MuViS for its initials in Spanish). It began in the summer of 2017 as a response to the particularity of Jewish heritage in Navarra, which is scattered throughout the region and subject to different entities. Thus, two highly relevant phenomena converge in this subproject, including Sefarad archeology and the digital humanities, specifically a virtual museum, in order to fulfill the mission of providing the academic community and society with access to information on a virtual platform. With it, the project hopes to contribute to knowledge of the importance of Hispanic Jewish legacy. 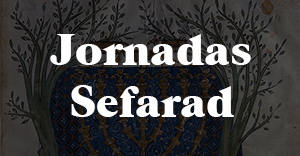 Mikel Ramos Aquirre is an archaeologist from the Estella Studies Center who specializes in protecting, studying and disseminating the historical-cultural heritage of the Estella region. He carries out his work as a member of the Archeology and History Cabinet NAVARK S.L.

Juan José Bienes Calvo is an archaeologist and researcher at the Merindad de Tudela Studies Center, the technical director of the archaeological research plan of the Bañales Roman Reservoir in Uncastillo (Zaragoza), a co-director of the excavations in the Roman villagesin El Villar and Ablitas (Navarra), and director of researchon the Battle of Tudela (1808) in Tudela (Navarra).

Jorge A. Eiroa is a historian, archaeologist and professor at the University of Murcia, as well as the director of excavations at the castle of Lorca and the director of International Courses in Medieval Sefarad Archeology.