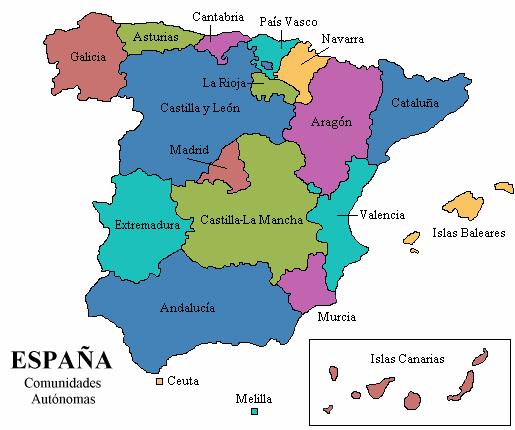 Spain is a country and member state of the European Union located in southwestern Europe on the Iberian Peninsula. Its mainland is bordered to the south and east by the Mediterranean Sea except for a small land boundary with the British Overseas Territory of Gibraltar; to the north by France, Andorra, and the Bay of Biscay; and to the northwest and west by the Atlantic Ocean and Portugal.

Spanish territory also includes the Balearic Islands in the Mediterranean, the Canary Islands in the Atlantic Ocean off the African coast, and two autonomous cities in North Africa, Ceuta and Melilla, that border Morocco.

Spain is divided in 17 different autonomous communities      and one of them is Navarre with its capital, Pamplona.

Navarre is worth a long stay. It is a tranquil place that offers the visitor an interesting view of cultural heritage and a wide variety of landscapes. It is a land of deep-rooted traditions and unique fiestas that reflect the friendly, extroverted character of its people. It is a place to enjoy exquisite cuisine, one that makes the most of the products of the ancient Kingdom.

Although Navarre is quite a small region we can see three totally different areas: North, Central and South:

Pamplona, the capital of Navarre counts with around 350.000 inhabitants and it has an extension of 500 km2. It is a city that blends innovation and tradition. A peaceful city with emblematic places, marked by theSanfermines and the Pilgrim's Way to Santiago; Calle Estafeta recreates the tension of the Encierro (Bull Run) and the Romanesque bridge of La Magdalena, at the foot of the city walls, is the first to welcome pilgrims to the city.

Pamplona invites you to enjoy its parks and stroll through the streets of its Old Quarter; it tempts you with its gastronomy and its popular pinchos(tapas), washed down with a good wine from the 'Navarra' designation of origin.

Like the city itself, the surrounding area of Pamplona is a tranquil place, with small villages located in a transition landscape between the Pyrenees and the plains of La Ribera.

Where to go near Pamplona

Although Pamplona is located in the Middle North of Spain you can visit many beautiful places around and the connections to travel are great! (planes, trains, buses…)

La Rioja: a well-know region famous for its wines (1 hour far by car)

How to get to Pamplona

If you are packing your suitcase to visit our region we recommend that you come prepared for a bit of everything. Apart from the usual difficulty in predicting the weather in any part of the world, in Navarre you have to add its particular location and the diversity of its land, factors that make up a climate map that changes from north to south and from east to west. As if it were a small continent, all types of climates (with variations) are present in the region.

Navarre's geographical diversity means it has a varied climate depending on where you are at any given time. In the north-east, the influence of the nearby Bay of Biscay gives rise to mild winters and summers with temperatures that rarely exceed 25º C. In the north-east, the Pyrenees mean frequent snow in the more rugged areas and summers are also mild. The further south you go, the more extreme the temperatures, with very hard winters, frequently going below 0º C and reaching as high as 35 or 40 degrees in July and August. 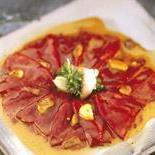 Navarre offers visitors a taste of the past, because the region has been able to conserve the culinary tradition that makes a meal a social event. The region's popular cuisine uses all the products that the varied landscape of Navarre offers. Some of its restaurants have achieved international recognition thanks to their balance between traditional and nouvelle cuisine, and also thanks to the excellent quality of the ingredients. Navarrese cuisine is wonderfully accompanied by its red, rosé and white wines, protected by the 'Navarra' and 'Rioja' designations of origin. 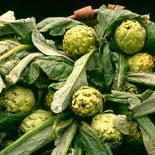 Let yourself be seduced by the delights of the region's market gardens: asparagus, artichokes, chard, red piquillo peppers or pochas (succulent beans). Enjoy ajoarriero (cod in oil and red peppers), a chuletón (T-bone steak) and a variety of roast meats. And do not forget dessert: cheese, cuajada (junket), canutillos (wafers with cream) and leche frita (a type of custard, literal translation: fried milk). 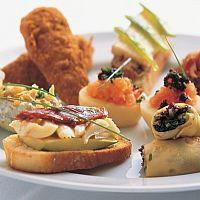 In Pamplona's Old Quarter, as well as in the rest of the city, you can find a miniature version of this exquisite cuisine that satisfies the deep-rooted custom of ir de pinchos (going out for tapas) as an aperitif before a meal. Most bars have a wide range of pinchos to please all palates. As well as the traditional tapas, sophisticated pinchos are on offer that use the region's products as their base. A great time to visit Navarre is during the "Week of the Pincho", which is held in several places in the region sometime in March and April. Try the most innovative creations of our imaginative and sophisticated chefs. 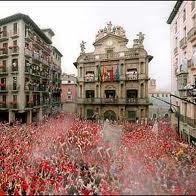 From July 6th to the 14th every year the word fiesta is written in capital letters in Pamplona. The Sanfermines have arrived. When the chupinazo (ceremonial rocket) is fired the city explodes into life. Thousands of people from all over the world descend on the city, which dresses up in red and white. For nine days the streets turn into a feast of friendship, joy, music and non-stop partying, to the rhythm of the charangas and the peñas. 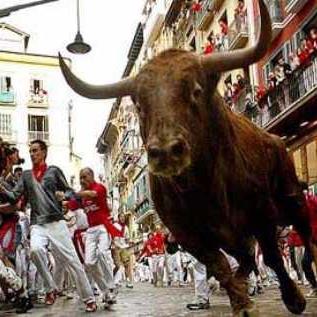 The Encierro (Bull Run) is the only moment of the day when the party stops, and great tension descends on the route just a few minutes before the bulls start their 'race' behind the mozos (young men). The surge of emotions culminates in the bullring at the end of the run. The fiesta continues with caldico (clear broth) chocolate with churros (long doughnuts), the Gigantes (ceremonial giants) and Cabezudos (carnival figures with big heads), the aperitif, the bullfight in the evening, or the fireworks at night. These then give way to all-night partying.

The Sanfermines reached their peak of popularity in the 20th century. The novel "The Sun Also Rises" ("Fiesta"), written by Ernest Hemingway in 1926, attracted people from all over the world to come to the fiesta of Pamplona. The 20th century also witnessed new events within the fiesta such as the Riau-Riau (suspended since 1991), the Chupinazo, or the cultural programme.