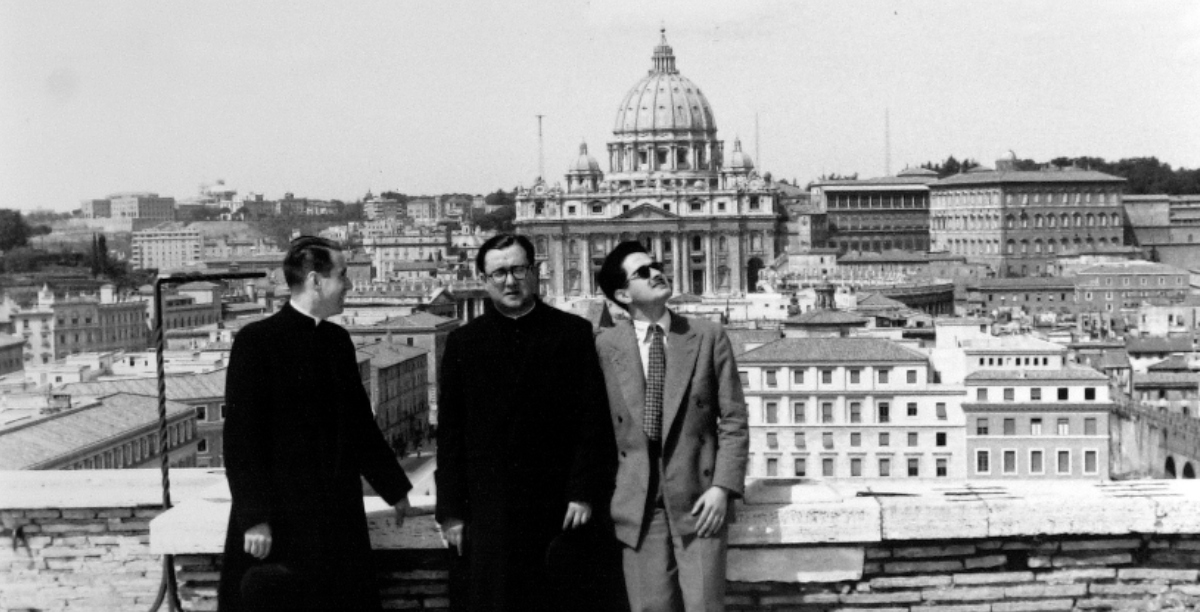 The end of World War II in 1945 finally allowed Opus Dei to expand internationally, although some of the younger members of Opus Dei had actually already started the Work to some extent in Portugal and Italy. This expansion meant going from a diocesan approval to a pontifical approval. Thus, Saint Josemaría moved to Rome in 1946, where he would live for the rest of his life. In 1947 and 1950, Pious XII issued the necessary canonical approvals. This greatly facilitated the universal expansion of Opus Dei. In addition, it allowed married people to join Opus Dei and diocesan priests to join the Priestly Society of the Holy Cross while respecting their obedience to the bishop of their diocese. In 1982, following the legal pathway Josemaría had envisioned, Opus Dei was established as a Personal Prelature by Pope John Paul II, (even though Josemaía had already passed away). The institution found a la legal framework  that fit its spiritual and apostolic essence.

Over the course of his time in Rome – from 1946 to 1975 -, Saint Josemaría promoted and guided the global expansion of Opus Dei. He wanted every member of Opus Dei, men or women, to receive a well-rounded doctrinal, ascetic and apostolic formation, allowing them to sanctify their professional lives and spread the Christian message from within the many different social environments in which they could play their part. Opus Dei spread to other countries very quickly. In 1946 it reached Great Britain, Ireland and France, and most of Western European countries in the years that followed. In 1948, the Work began in Mexico and the United States and, a short time later, most countries in the Americas. Towards the end of the 1950s and the beginning of the 1960s, Opus Dei formed a stable presence in Asia, Oceania and Africa: Japan, Kenya an the Philippines. By the death of its founder, Opus Dei had more than 60,000 members from 80 countries and a wide variety of social and professional situations. Thousands of people had grown in their Catholic faith and matured in the Christian way of life, creating numerous charitable, healthcare and educational apostolic institutions, one of which is the University of Navarra (Spain), of which Saint Josemaría was the first Chancellor. 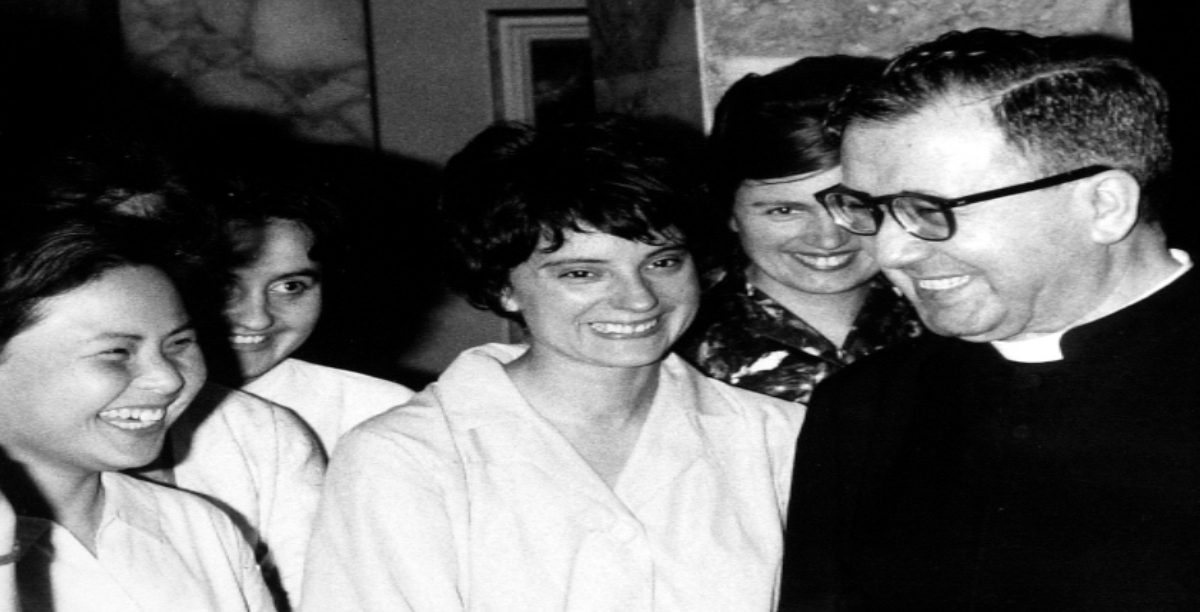 The formation of the first members of Opus Dei

The creation of two formational centers, one for men and one for women, the Roman College of the Holy Cross and the Roman College of Holy Mary, in Rome in 1948 and 1953, made it possible for many members of Opus Dei to come to Rome from around the world for intense periods of formation. Thanks to these institutions, many members of Opus Dei, as well as other people who traveled to Rome, had the chance to meet and get to know Saint Josemaría personally. In 1947, having been named Monsignor and Honorary Prelate of His Holiness, he was a Consultor for the Pontifical Commission for the Authentic Interpretation of Canon Law and for the Sacred Congregation of Seminaries and Universities, as well as an ad honorem member of the Pontifical Roman Academy of Theology. 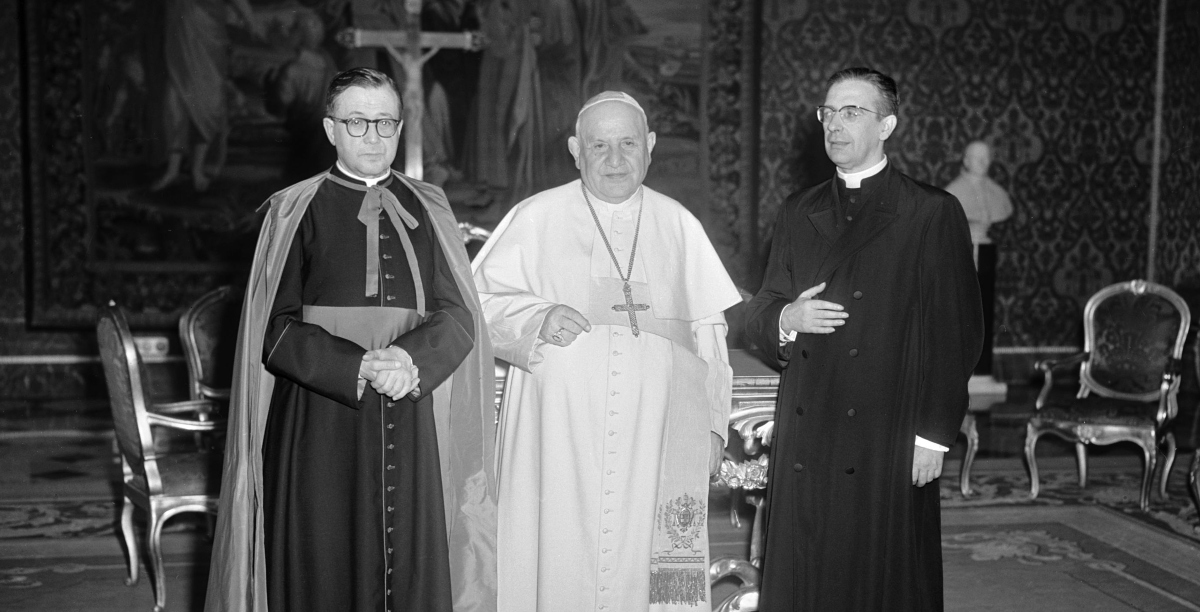 In 1959, Pope John XXIII announced the opening of the Second Vatican Council, which was held over the course of the three years between 1962 and 1965. Saint Josemaría followed, first with anticipation during the early sessions and later concern during many moments of tension, the celebration of the Council gatherings, the subsequent application of the various documents that had been approved and the process of renewal and change that ensued.

The expansion of Opus Dei brought its founder to the attention of the media, in many social contexts and Christian communities. Starting in 1966, journalists from France, the United States, Spain and Italy asked to interview Saint Josemaría. They were all very long interviews in which he spoke with great care and consideration. These interviews, as well as a homily given in 1967, were published as another book entitled: Conversations with Monignor Escrivá de Balaguer (1968). Around the same time, Saint Josemaría selected, revised and published the texts to several meditations and homilies that he had given. These were the basics of two more books: Christ is Passing By, published in 1973, and Friends of God, published posthumously in 1977 (but comprising texts prepared by Saint Josemaría himself). Three other works published shortly after his death came about through a similar process: The Way of the Cross (1981), Furrow (1986) and The Forge (1987). 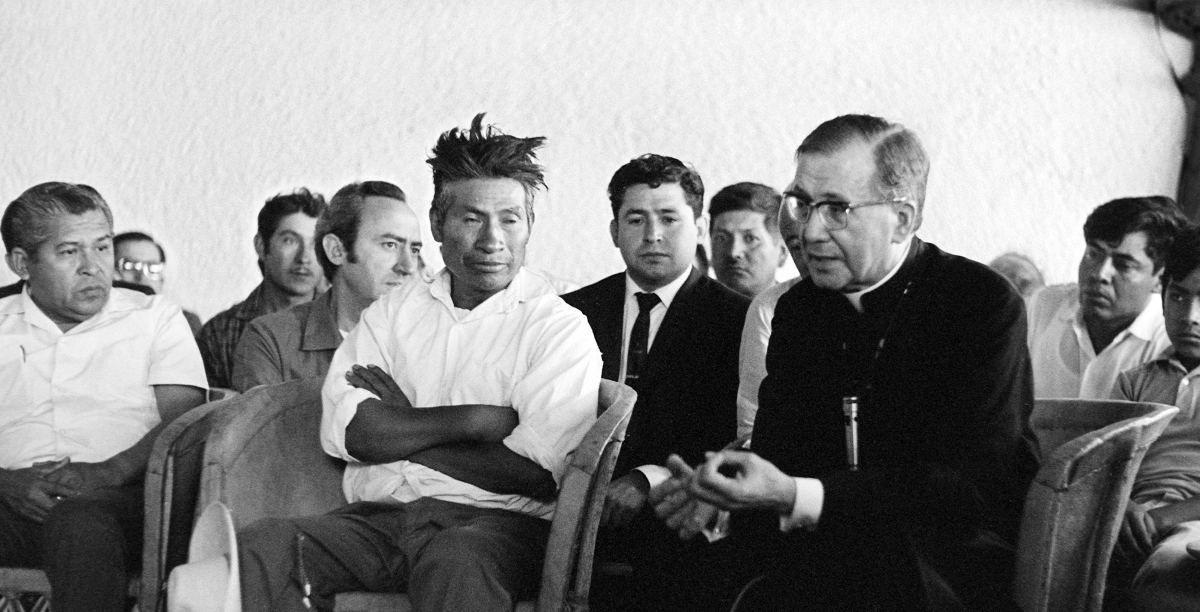 Throughout his life, Saint Josemaría viewed his work as one great catechism class. Keeping this in mind, in union with the magisterium of John XXII and Paul VI (the popes during these years), and with the hope that the recently celebrated Council would proclaim the vitality and richness of the Word of God, Saint Josemaría carried out an intense work of catechetical preaching during the last years of his life. He regularly received visits in Rome and carried out many pastoral trips in Europe and America (1970, 1972, 1974, and 1975) where he met with thousands of people. During these meetings he communicated words of love for God, Jesus, Mary and the Church. 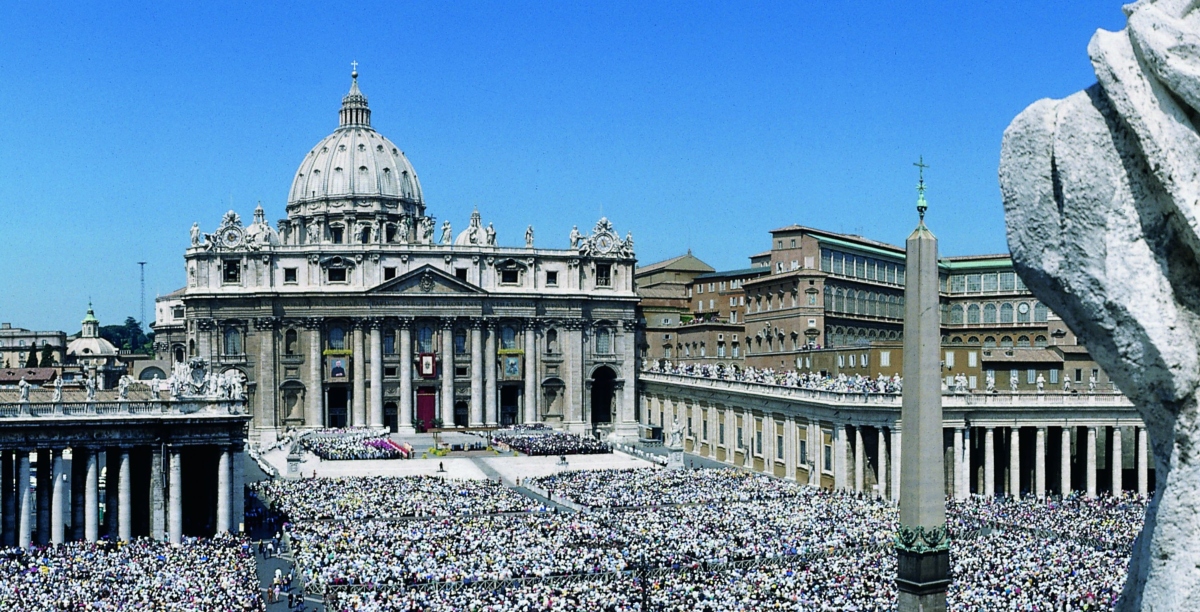 On 26 June, 1975, he commended his soul to God. He collapsed as a result of a sudden attack as he was walking into the room where he usually worked. Word of his heroic virtue soon spread throughout the world, giving him and his Work prestige and renown. Since them, countless people have turned to him for his intercession, asking for material and spiritual favors. On 11 May, 1981, his Cause of Beatification and Canonization was started. After a rigorous study of his life and writings, and proof of a miracle worked through his intercession, he was beatified in Rome by John Paul II on 17 May, 1992, before a crowd filled all of Saint Peter's Square. After the approval of another miracle, he was canonized by the Pope on 6 October, 2002, in front of a crowd that was even larger that the first and which, in and of itself, was a beautiful representation of the universality of devotion to Saint Josemaría. Most importantly, it showed the echo of his teaching about the universal call to holiness in every situation in life and every place on earth.

The causes for canonization of six men and three women of Opus Dei have been opened in a number of dioceses around the world (Washington, Guatemala, Zurich, Pamplona and Madrid). Álvaro del Portillo, who worked most closely with the Founder and was his first successor, will be beatified in September 2014.