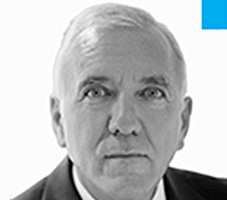 He received his degree in Economics and Business from the Universidad Complutense de Madrid. His professional career is focused mostly on auditing and finance with only a 2 year break when he was a controller for the discographic company Discos CBS, which is now Sony Music. After his return in 1984 to Ernst & Young, its future linked to the financial sector and in 1987 he was nominated an Associate of the firm. From this moment he became a specialist in financial institutions, being the Director of the Group of Banking from 1989 until 2001.