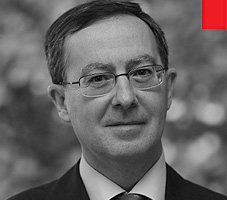 In October 1995, he joined the University of Navarra. He has served as Associate Dean of the School of Law.

His publications include works on the legal system of universities, urban law, economic administrative law and environmental law.

He has completed periods of research at Ruhr Universität de Bochum, Germany, and has been a Visiting Scholar at the Law School of Northwestern University in Chicago.