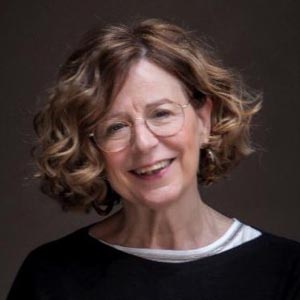 Maria Bolaños
Director of the National Museum of Sculpture

Maria Bolaños holds degrees in Spanish Philology and History, and has a PhD in Art History. She has been a Professor at the Universidad de Valladolid since 1975 and has lectured in the Schools of Education, Humanities and Social Sciences, and Architecture. Maria has also taught classes on the Master’s Degree programmes in Museum Studies at the Universities of Valladolid, València, Granada, Alicante, Toledo and La Laguna.

She has written numerous articles and has presented papers at different conferences in Spain and abroad, and is also the sole author of the following books:

Since 2009, María has been the Director of the National Museum of Sculpture, where she has overseen the reinstallation of the permanent collection following the architectural restoration of the building that houses the Museum, the Colegio de San Gregorio. In 2011, she supervised the installation of the national collection of artistic reproductions at the Casa del Sol, another of the Museum’s venues.

In recognition of the latter project, the Museum was awarded the 2012 AR&PA Prize for Contributions to the Cultural Heritage of Castilla y León, in light of its “innovative character, the enormous educational value of its programme of exhibitions, and the restoration of one of the city’s outstanding cultural sites”.

More recently, the Museum was awarded the 2018 Castilla y León Arts Prize “for its decisive contribution to the conservation and promotion of our sculptural heritage and its dynamic and lively character, which is reflected in its extensive and excellent programme of events”.

During her time at the Museum, Maria has commissioned the following exhibitions (and coordinated the corresponding catalogues):

This Brought Me Here: Ricardo de Orueta at the Forefront of Art, 2014

Baltasar Lobo: A Modern Among the Ancients, 2017

The Devil, Perhaps: The World of the Brueghels, 2018

Warehouse: The Place of the Invisibles, 2019.