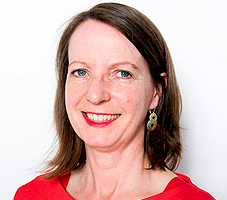 She is an expert in higher education communications and branding, leading research for many universities and government bodies in the UK, Japan and Europe. Before becoming a consultant, she was Director of Communications at the University of Cambridge, and a commissioning editor for Reed Elsevier.

Louise has worked on a variety of major international marketing and reputation projects in Europe, the UK and Japan. She wrote the business case for the Study in Europe brand for the European Commission, which resulted in the first website aimed at international students planning to study in Europe and has just finished creating a marketing tool for the marketing of international master’s and Erasmus Mundus. How to measure reputation remains one of her key interests, and she has created tools to benchmark university reputation, brand and communications – Aurora, a media analysis tool, WASP, a tool to benchmark websites and their brand messages, ADMIRE, a reputation assessor, and the Triple Test, to scope staff brand understanding. These are all used regularly by universities to monitor their reputation.

In 2007, she created a unique network to bring together Directors and Leaders of Strategy, Communications, International, and Marketing in research universities. The World 100 Reputation Network is currently supported by 48 World 100 universities, and held its fifth annual conference at the University of Sydney and study tour to the University of Canberra. As part of the World 100 group, Louise has visited some of the world’s best universities with network members, looking at how they manage their reputations and create affinity amongst stakeholders. These include institutions in Scandinavia, the United States, Korea, China, Japan and Hong Kong.

Louise is a member of the Chartered Institute of Public Relations, has an MPhil in Reputation management in higher education, and its impact on rankings with Manchester University Business School, and a degree from the University of Cambridge.