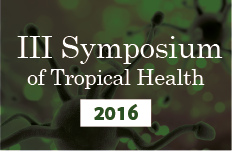 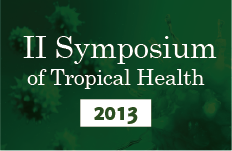 How to get pamplona

Flights to Pamplona depart from Terminal 4 of the Barajas Airport. There are approximately six flights each day with Air Nostrum (Iberia) from Madrid to Pamplona. Prices vary depending on the day and time, but the cost can run between 85 and 250 euros. The flight lasts 45 minutes and is very comfortable, but can be expensive.

Trains to Pamplona depart from Puerta de Atocha train station in Madrid. There are approximately three trains each day with a price of approximately 57 euros one way. The duration of the trip is about three and a half hours.

The Alsa bus company offers the route from the  Madrid Airport, Terminal 4 to Pamplona. The tickets are priced at approximately 28 euros. The journey lasts about five hours. Passengers must deboard in Soria and change to another bus to complete the trip to Pamplona. Tickets must be purchased in advance.

Information about the transport system (http://www.emtmadrid.es/)

Flights to Pamplona depart from the Barcelona Airport, El Prat. There are three flights every day with Air Nostrum (Iberia) going from Barcelona to Pamplona. Prices vary depending on the day and time, but the cost is generally between 100 and 250 euros. The duration of the flight is only one hour and is a comfortable trip, but can be expensive

From Barcelona train station (Estación de Sants) there are approximately three trains per day to Pamplona. The journey takes about 4 hours. The tourist class usually has a cost of 54.40 euros whereas the first class can be as high as 72.10 euros (only one way)

There is the possibility of taking a train from Barcelona Airport to Sants train station. It leaves about every 30 minutes and it costs two euros. In the case that these trains are not running on a certain day,, it would be possible to take a bus from the Airport to the Sants train Station.

There are two bus stations in Barcelona: Barcelona Nord and Estació Sants (Sants bus station is located at the Sants train station (outdoors of the train station). The bus company that runs the Barcelona-Pamplona route is Vibasa Buses. The trip is 6 hours and costs € 26. Buses to Pamplona leave 3 times a day.

Getting to Barcelona Nord: from the city you can take the underground/subway called the “metro”, Line 1, stopping at Arc de Triumph or go by public bus # 54

From Bilbao Loiu Airport to the “Termibus” bus station you can go by taxi or by bus.

The buses from the Bilbao bus station (Termibus station) to Pamplona leave with a frequency of approximately every 3 hours from 7:00 am to 8:30 pm. The cost is € 15.

From the Pamplona airport to the city

The only way to get to the city is by taxi. Taxis are waiting outside the airport at the main entrance and the cost is approximately € 15; the journey takes approximately 10-12 minutes. If there are no taxis upon arrival, the phone number is 948232300.

From the Pamplona  train station to the city

You can take the public bus or go by taxi.

From the Pamplona bus station to the city

If you come to Pamplona by car

Please remember that in Pamplona most of the parking areas are subject to charges. So here is a map of the nearest parking to the University that you can access for free (Timetable from 7:00 a.m. to 11:00 p.m.).