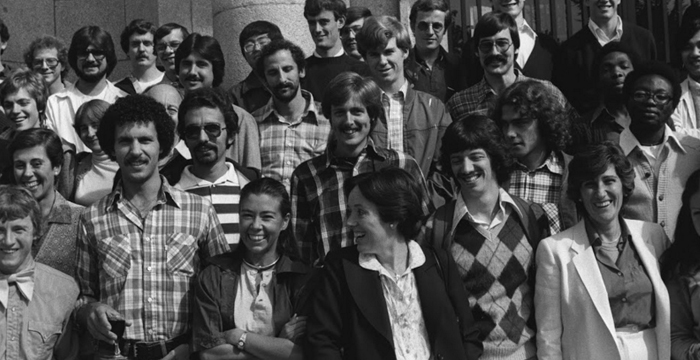 Starting in 1964, Spanish language classes began to be offered during the regular academic year. Courses were driven by the need of students to learn the language, but there also was an early understanding on the importance of teaching Spanish language with content classes on literature, history, and art.

In 1967, the Instituto de Lengua y Cultura Españolas (ILCE) (Spanish Language and Culture Institute) was founded. A new emphasis on research and innovative teaching was promoted. The institute created a new journal (RILCE) and a monograph series "Aula Exterior" published by Eunsa Editorial.  The publication of "Aula Exterior" provided students with access to unique and accessible books for learning Spanish language and culture. These also became pedagogical materials and textbooks that were successfully used at ILCE courses.  ILCE also promoted an interdisciplinary approach to language learning and worked across schools and colleges at the university to offer a variety of courses.

Over the last 50 years, Universidad de Navarra has become a leading international institution of higher education. In the 1950s, teaching Spanish language and culture was a pioneering answer to an unusual inflow of international students. This was a situation that was still foreign to most Spanish universities at the time.

Today, in a globalized world, the teaching and learning of Spanish language and culture is more critical and central than ever before. It has become a critical component for international students, professors, and researchers at Universidad de Navarra. ILCE offers innovative academic courses on Spanish language and culture to undergraduate and graduate students from all over the world.