Examining myths about the use of new technologies in early childhood 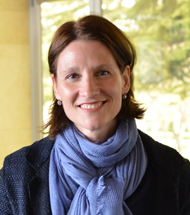 In 1970, American children were, on average, first exposed to screens at age 4, according to the American Academy of Pediatrics. Almost 50 years later, that contact age has dropped to four months thanks to a wide range of available technological devices. In fact, a Common Sense Media study indicates that children under 2 spend about an hour and a half per day in front of a screen. 66% of these children’s parentsbelieve that usingthese technologies is educational. Is such early exposure really that beneficial?

"Today, no study establishes technology’s clear benefit in relation to early childhood learning," according to Catherine L'Ecuyer, a contributor to the Mind-Brain Group at the Institute for Culture and Society (ICS) of the University of Navarra, and author of The Wonder Approach: Rescuing Children's Innate Desire to Learn.

In it, the author explains the recommendation that young people should not be exposed to screens until two years of age. With regard to those who argue that technologies favor development and education, she argues that, at such a young age, children are not capable of transferring two-dimensional experiences to real life. "Children learn from human relationships and real experiences, not screens," she noted. In addition, over exposure can cause learning deficits, especially related to language.

Specifically, the expert highlighted six myths or technological mantras that many consider to be true but that, in reality, have no scientific basis.

• Responsible technological education requires the use of technology during early childhood
According to the expert, a child cannot sustain his or her attention in front of a screen, and rather is fascinated due to frequent and intermittent stimuli. This is because young children do not have consolidated executive functions (attention, inhibition and working memory) and thus are incapable of controlling and responsibly using technologies.

• Our children are digital natives; thus, they are better able to learn how to relate in the digital world
The term “digital native” refers to those who, having been born in the digital age, are accustomed to naturally receiving and processing information. Thus, they are said to have cognitive advantages that positively affect their learning. However, L'Ecuyer points out that studies show that young people lack the critical and analytical skills for understanding the value and originality of information on the web, making them dependent on tools such as Google.

• Universal access to technologies is key because closing the digital divide reduces socio-economic differences
Arguments in favor of social and economic development state that universal access to technology is a must since the Internet is said to be able to reduce the social gap. However, the expert cites studies that indicate that, although it is true that access to technology is lower in disadvantaged families, they also tend to over consume when it is available. In this way, she believes that a new gap would emerge: "On the one hand, families that are aware of the need to limit the use of new technologies and capable of doing so, and, on the other hand, those that are not."

• Reading on a screen is better than or just as good as reading on paper
For the researcher, handwriting is a key part of learning to read. Writing on paper helps students better visually recognize letters through the specific movements associated with handwriting.

• Technology is not good or bad; it depends on how it is used
"Like it or not," the author notes, "technology has effects on children and students’ learning that we cannot ignore" since childhood is a critical development stage. In addition, she warns that, while a child is in front of a screen, they stop doing other activities that are beneficial for their development, such as playing or reading. This is known as the “displacement effect.”

• Technology is here to stay so it is useless to delay, and preferable to speed up, its introduction
L'Ecuyer argues that constant technological changes belie this idea. "Technological devices that are currently used everyday have an increasingly shorter life cycle," she notes. She advocates for prudence in technological use and considers its misuse "a public health issue" because if it really harms children, by the time that harm can be proven, years will have passed "when the possible damage cannot be undone."

In conclusion, the expert argues for parental controls and that parents must accompany their children in the use of technologies. She also recalls that parents and educators should be aware of pediatricians’ recommendations and be prudent. "It is possible that the best preparation we can offer for the online world is in the offline world—in the real world," she concluded.