The present of the past: the public uses of History in today's Spain 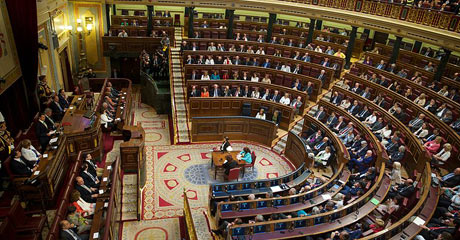 The project proposes to carry out an interdisciplinary approach to the issue that in recent times, and until it was replaced by the epidemiological crisis of COVID-19, dominated the headlines in Spain: the public uses of the past. How and for what purposes has History been used in contemporary Spain, from the Transition period to the present day? Can one speak of coherent policies towards the past or is it rather ad hoc uses dictated by the political needs of the moment? Do the initiatives towards the so-called historical memory promote positions of reconciliation and forgiveness? These questions become particularly significant when, with successive generational changes, memory becomes post-memory and the future of the past depends on the responsible uses of it in the present, and as such these questions willbe the backbone of the present investigation.

The project is born in a unique, complex context, full of socio-political-cultural nuances, which can be summarised in three points:

a) The rise of the discipline called public history. It aims at studying the ways in which agents outside the academy use History in order to create narratives and discourses about the past that promote an imaginary about it determined by the political, social and cultural ideas of those who promote it.It is the meeting place between History and society itself.

b) Spain’s Transition to democracy, although successful in many respects, has left an unresolved task: the past. Was Franco's exhumation a determining factor in the 2019 election results? What does our society know about the Spanish Transition and the pact of peaceful coexistence that it entailed? What are the myths that the media, education and entertainment have crystallised in Spanish society? How can knowledge of Spain's most recent past help us to understand our problems today and to regain social peace? In short, what weight does the past have in Spain’s present?

c) We are witnessing a lengthy but unavoidable process of generational change and, with it, the passing from the direct recollection of events by their witnesses to what is remembered by the generation that did not experience them directly but has some knowledge of them.That is, the transition from memory to post-memory. Each generation understands or will understand the past in very different ways. Temporal distancing leads to reproducing and promoting ideological discourses, distancing them more and more from their context and the facts, and exposing them to the influence and manipulation of political, social and cultural agents. In other words, it leads to the emergence of the so-called memory politics, or as it would be more correct to say, to the public uses of history.

The project’s general objectives are: