Students’ continued study at the University is limited to a period consisting of two academic years in addition to those stipulated in the corresponding curriculum or when all the exam sessions per subject stipulated by the University have been used.

However, if this period has expired, it can be extended for one or two more additional academic years for students who have obtained the majority of credits needed for the degree program and can prove that they were unable to give due attention to their studies for reasons that are adequately justified and worthy of consideration.

Students in their first academic year who have not earned a minimum of 16 ECTS credits in the year’s two examination sessions will not be able to continue their studies at Tecnun.

By the end of their second academic year at Tecnun, all students must have earned at least 36 ECTS credits in first-year subjects to be able to continue their studies. 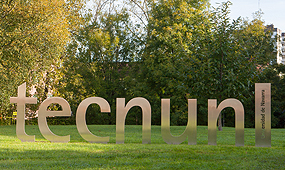