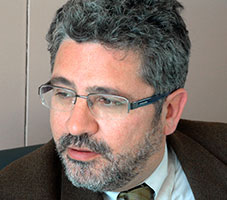 LECTURE
Excellence and Quality of Universities

José Juan Moreso is a Full Professor of Philosophy of Law at Universitat Pompeu Fabra. He obtained a Degree in Law in 1983 and a PhD in Law in 1988 from the Universitat Autònoma de Barcelona, and graduated with a distinction on both occasions. He has mainly worked on the theory of law with a focus on the structure and dynamics of the legal system while applying the contributions of deontic logic. His most recent research covers the philosophical foundations of the Spanish Constitution.

He served as President of Universitat Pompeu Fabra from 2005 to 2013. Since 2013, he has been President of the Catalan University Quality Assurance Agency (AQU).