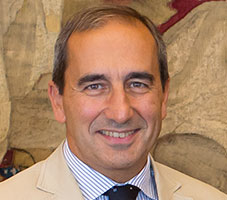 He is PDG for the IESE at the University of Navarra and a Visiting Fellow of the European Institute for the Media (Dusseldorf, Germany). He has also been a visiting professor at the University of Manchester (1990-1992) and at Northwestern University in Chicago (1996). He collaborated with the Institute for Media and Entertainment, a center supported by IESE and the School of Communications in New York. He was also the president of the European Media management education association (1998-2004).