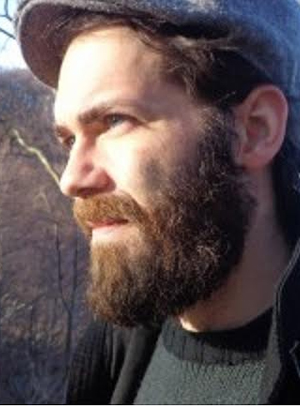 Israel Márquez (Madrid, 1983) holds a Ph.D in Information Sciences (Complutense University of Madrid/Extraordinary Ph.D Award 2012/2013), a Master in Information and Knowledge Society (Open University of Catalonia), and a Degree in Journalism (Complutense University of Madrid). He has been visiting researcher at the School of Literature, Media &amp; Communication (Georgia Institute of Technology, Atlanta, USA) and at the IT University of Copenhagen (Denmark). He is now a Postdoctoral Researcher at the Open University of Catalonia (Juan de la Cierva Research Grant Program – Spanish Government) and member of the Digital Culture Interdisciplinary Research Group Mediaccions. He currently integrates the Transmedia Literacy project, funded by the European Union’s Horizon 2020 research and innovation programme. He has published the book Una genealogía de la pantalla. Del cine al teléfono móvil (A Genealogy of the Screen. From Cinema to Mobile Phone) (Anagrama, 2015).

“The Meaning of Facebook in the Facebook era”. The Facebook interface has defined a new era of friendship which is making this concept extremely ambiguous and unclear. Facebook has developed a user-friendly and “positive” (Han, 2015) interface which automatically transforms our list of contacts into “friends”. Friendship in Facebook is “not only the result of spontaneous, human-based (inter)actions, but also the result of programmed sociality –relationships suggested by PYMK [People You May Know] buttons and friends-of- friends algorithms” (van Dijck, 2013: 51). This “friendship assemblage” of technology and user defines (in a very simplistic way) who my friends are and what they are doing. What is thus the meaning of “friendship” as inscribed in the Facebook interface? What kind of friendship it is promoting? What is the interest of Facebook in helping us make (new) friends? Are my Facebook friends really my friends? The main goal of this project is to critically deconstruct the meaning of friendship in Facebook analyzing its user interface in dialogue with the work of some philosophers (Aristotle, Ortega y Gasset, Derrida, Agamben) and social media critics (Han, Rushkoff, Lovink, Lanier, Ippolita, Terranova). I would also like to conduct semi-structured interviews to a group of students and teachers of the Universidad de Navarra in order to identify, understand and evaluate their meanings and perceptions of friendship in the Facebook era.