Professor Kent Deng, from the London School of Economics and Political Science, gave a lecture to students on Chinese Economic Development during the Mao era. He presented his working paper  "From state resource allocation to a 'low-level equilibrium trap': re-evaluation of economic performance of Mao's China, 1949-78" (coauthored with  Jim Huangnan).
The class was given in the context of a two weeks seminar where students were taught about China's recent economic development.

On Thursday November 4, Beatriz Simón was invited by the Club Larrabide to give a lecture on China's recent economic policies. She talked about the last 3 China's Five Year Plans and Chinese projects for the future. 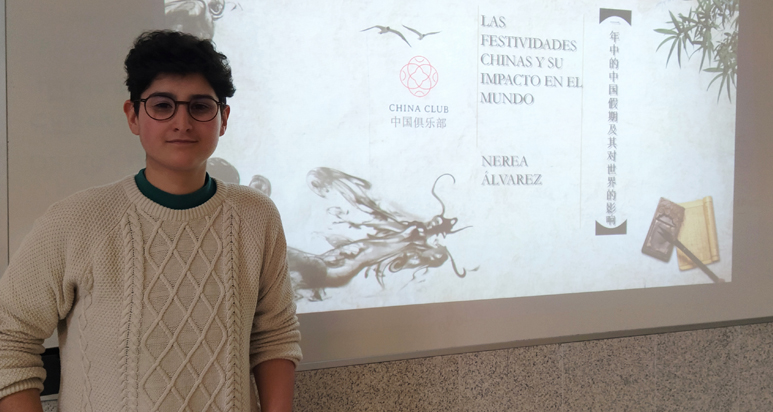 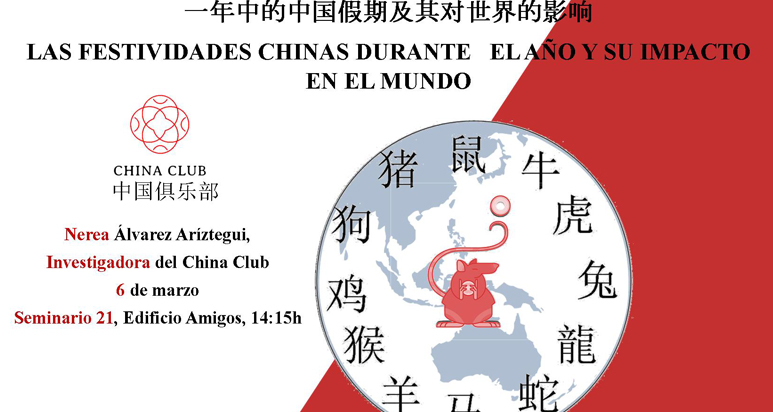 China Club regular meeting. "China's feast days and their worldwide impact". Nerea Álvarez Aríztegui. During the session, Nerea guided us through China's annual feast days. Dividen into four seasons, each feast has its own history, rites and traditional food. Nerea showed us how Chinese New Year is taking roots in several countries, even in those where the chinese community is not so large. Photo 1. Photo 2. 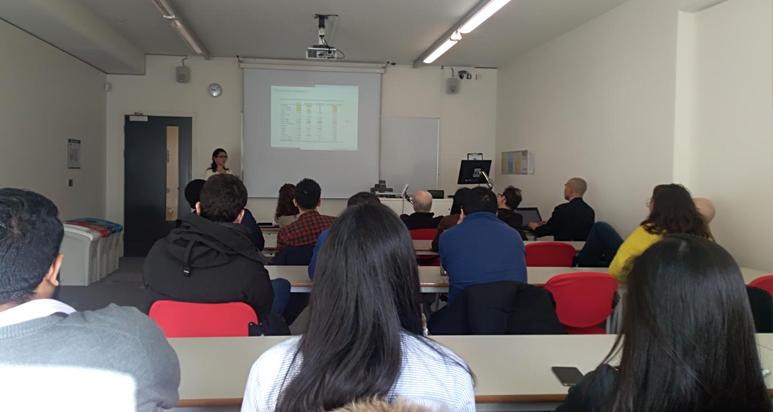 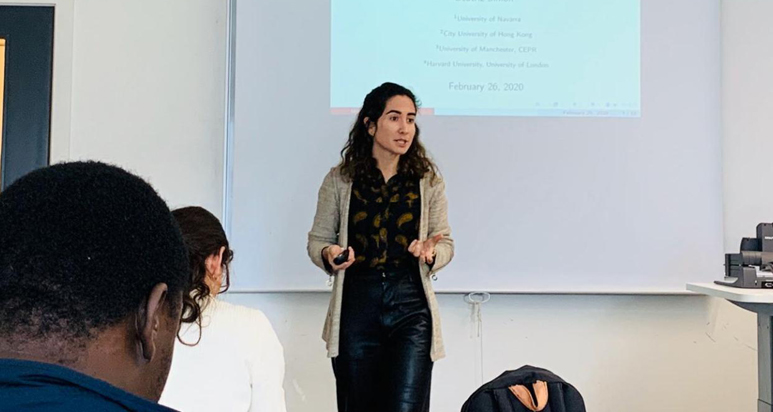 This week, our researchers Marta Alonso and Beatriz Simon presented their current work in progress paper about the Value of Connections in China to the Department of Economics at the University of Manchester.

This week, our researchers Marta Alonso and Beatriz Simon presented their current work in progress paper about the

On Friday, February 21st we took up our China Club’s regular meetings. Beatriz Simón, coordinator of the group, talked about China’s Social Credit system. Beatriz briefly summarized China’s recent events that have made possible the creation of the social credit system and explained in more detail what the credit system is and what it is not. We ended our meeting with a discussion on the pros and cons of such a system. Will social credit foster civism and social capital or will instead spread a culture of fear?

China Club’s regular meeting, “Hong Kong Protests”. Juliana Dauchess, president of the China Club, talked us about Hong Kong’s current situation. What started as a reaction against China’s extradition law, has turned into a pro-democracy movement with uncertain consequences for Hong Kong people in the coming months.

From May 20th until June 6th, International Relations’ students visited Fudan University. Professors Wang Zhengxu and Wu Zhengqiu taught a course on Chinese economic and political regime. Topics as “One Belt, One Road Initiative”, “One Country, Two Systems” and China’s Foreign Policy were covered among others. During the trip, students got the opportunity to visit top Chinese institutions such as the Shanghai Political Consultative Conference, the Shanghai Academy of Social Sciences and the European and Spanish Chambers of Commerce. 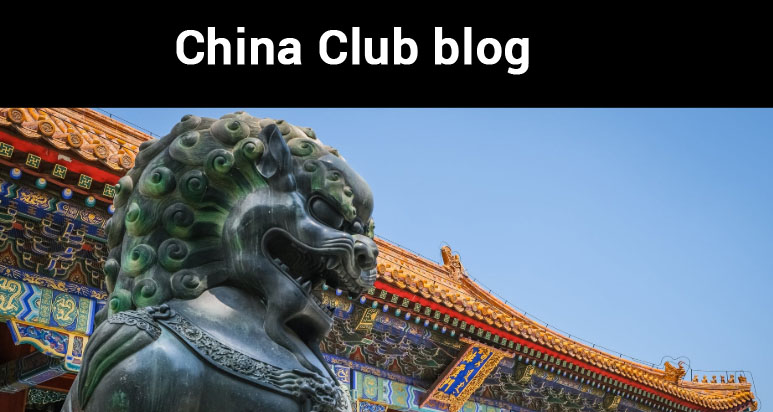 > The Next Generation Speaks: A Comparison of Student Involvement in the Umbrella Movement and 2019 Protests in Hong Kong + info