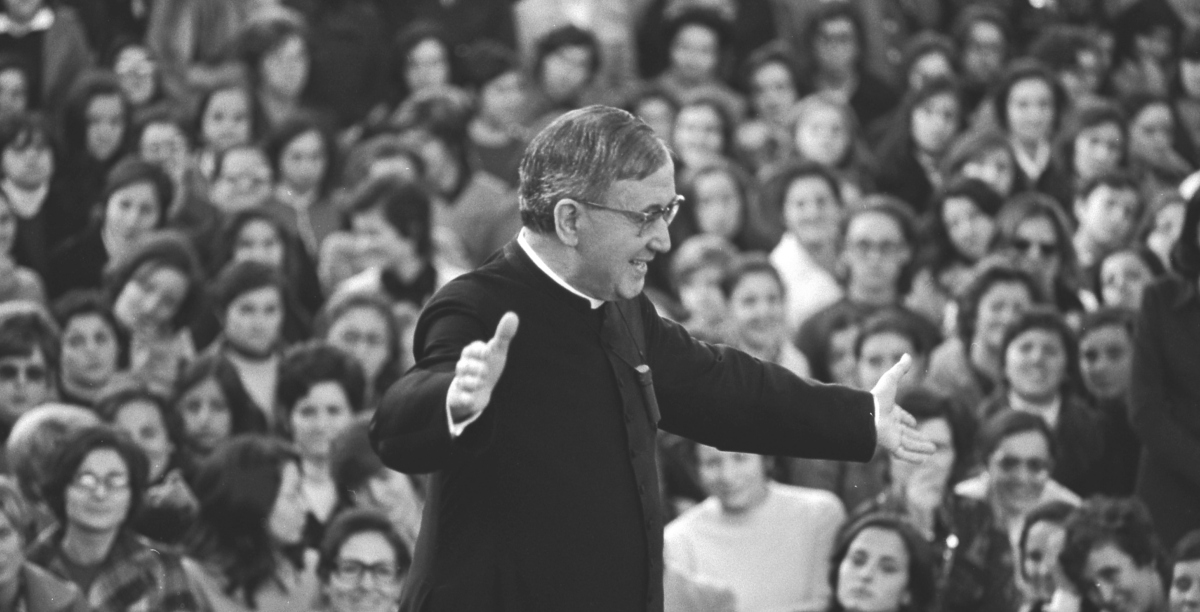 Saint Josemaría was born in Barbastro (Huesca). He studied to become a priest in Logroño and was ordained in Zaragoza. He then moved to Madrid to do a doctoral thesis in Law. Starting on 2 October 1928 he began spreading the message of Opus Dei in Madrid.

Saint Josemaría spent the first several months of the Spanish Civil War in Republican occupied Madrid. Towards the end of 1937, he managed to cross to the other side of the warfront. He lived in Burgos until the end of the war in March of 1939. From then until 1945 he expanded and developed Opus Dei in Madrid and other Spanish cities.

Saint Josemaría traveled to Rome to obtain judicial approval of Opus Dei from the Holy See. In 1949 he established his permanent residence in Villa Tevere, the central headquarters of Opus Dei in Rome. There, by his side, thousands of members of Opus Dei were formed and then helped spread the institution throughout the world. After the Second Vatican Council, Saint Josemaría went to Spain, Portugal, and several Latin-American countries, spreading the message of the universal call to holiness.

Saint Josemaría's message to the world can be summarized through his encouraging invitation to unify "our interior life, that is, our relationship with God, and our professional, family and social lives, all of which are made up of small earthly realities." He wanted these aspects of our lives to make up one, single unity; "holy and full of God". This is how John Paul II described the message of the founder of Opus Dei during his canonization on 6 October, 2002. Saint Josemaría's personality, message, and priestly activities were all inseparably bound up with one another throught his lifetime.

Christ Is Passing By

The Way of the Cross

In Love with the Church

The Day the Bells Rang Out: Saint Josemaría Escrivá and the Origins of Opus Dei, Hertfordshire, Batchwood Press, 2011.

LITERATURE ABOUT SAINT JOSEMARIA IN THE VIRTUAL LIBRARY

IT MAY INTEREST YOU