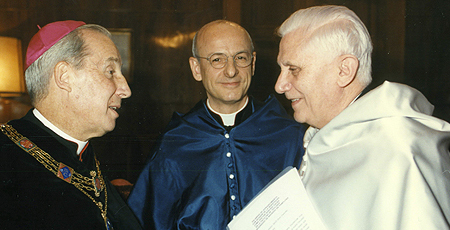 He has been a member of the Pontifical Theological Academy since 1989. In the 1980s, he was among the group of  professors who began the Pontifical University of the Holy Cross in Rome, where he was a tenured professor (now emeritus) in Fundamental Theology.

In 1994 he was appointed Vicar General of Opus Dei, and in 2014 he was named Auxiliary Vicar of the Prelature. He has also held post, in departments of the Roman Curia: the Congregation for the Clergy (since 2003) and the Pontifical Council for Promoting the New Evangelization (since 2011).