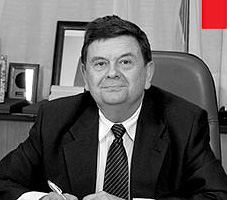 At the University of Zaragoza he has developed various positions of responsibility: Director, Department of Biochemistry, Molecular and Cell Biology at various periods, Dean of the Faculty of Veterinary Medicine, 1991-1992, Chair of the Doctoral Committee of the University of Zaragoza 1992 to 1994, and Vice President of Academic Affairs at the University of Zaragoza from 1996 to 2000. From 2001-2003 he was Director General of Higher Education of the Government of Aragon. Member of Azor Research Council (CONAI) of the Government of Aragon, from 1985 to 1991. Member of the National Evaluation of Research Activity, from 2001 to 2003. Expert external advisor to the National Ethics Committee for Scientific Research and Technology. Juror for granting IDEA (Innovation In Business Aragón) Awards from 1994-2000.

Since November 29, 2013 to the present has served and continues to serve as President of the Conference of Rectors of Spanish Universities (CRUE).