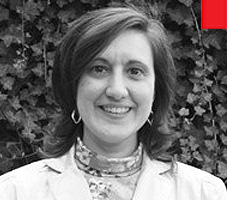 Lidia Borrell-Damian is Director for Research and Innovation with responsibilities for EUA's work on supporting and enhancing the role of universities as key research and innovation actors at European level. Responsibilities include the coordination of policy and project development activities. Since she joined EUA in 2006 she developed project and policy work in the areas of university-business research collaboration, knowledge transfer and the role of universities in regional innovation. She also developed work in the energy policy field through the development of the European Platform of Universities in Energy (EPUE).

Lidia Borrell-Damian has a doctorate in chemistry (chemical engineering Specialty) from the University of Barcelona. Before she joined EUA, she was Director of Research at Universitat Pompeu Fabra from 2003 to 2005. She also had worked in the private sector in a chemical company in Barcelona as R&D Deputy Director from 2001 to 2003. Prior to that she was a researcher in the university sector and held the positions of assistant professor at the University of Barcelona from 1990 to 1998; visiting scholar at the North Carolina State University (USA), 1997 to 1998; and post-doctoral researcher from 1999 to 2000 at the University of Western Ontario (Canada).