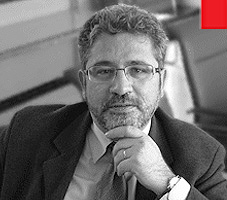 Professor of Legal Philosophy at the Universitat Pompeu Fabra. Law degree (University of Barcelona, 1983) and PhD in Law (Universidad Autónoma de Barcelona 1988), before the UPF has been a professor at the Autonomous University of Barcelona and at Girona University. He has mainly worked on Theory of Law. His most recent research is based on the philosophical foundations of the Constitution. On October 2010, he was invested as doctor honoris causa of the Valparaíso University (Chile) and the AOU from Trujillo (Perú) in 2013.

President from 2005 to 2013. During these years, the University has adapted all degrees to EHEA, deepened its research profile and postgraduate training and strengthened its international focus. Since 2013, he is the president of AQU Catalunya.