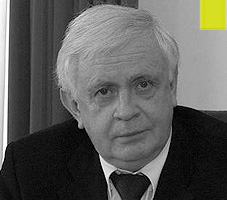 He holds an MA degree in economics from the Oskar Lange Economics, Academy in Wrocław, Poland, and a Ph.D. in educational administration from the University of Buffalo State University of New York at Buffalo, USA. He is a Member Correspondent of the European Academy of Arts, Sciences and Humanities – Academia Europensis in Paris. Nowadays, he is the Director of UNESCO-European Centre for Higher Education (UNESCO-CEPES). Prior to this appointment, he was Chief of the Section for Higher Education Policy and Reform in UNESCO, Paris, France.

He is a member of the editorial boards of leading journals in the field of higher education and social policy. His recent works dealt with such issues as: the relations between policy development and practice in higher education; reform of higher education in Central and Eastern Europe; the organization of doctoral studies and qualifications in Europe and the United States; the methodology of university ranking.

His articles about reputation: