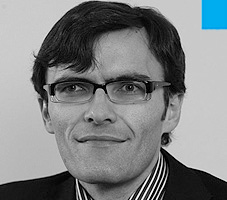 In addition to his responsibilities within the ONCE Foundation Alberto is Third Vice-president of the Spanish Association of Foundations as well as a trustee of the Sanitas, Vodafone and Caser Foundations.

He is also member of the National Board of Corporate Social Responsibility in representation of the National Committee for Disability. He is additionally the Secretary General of the Spanish Committee of Representatives of Persons with Disabilities, an umbrella organisation representing 6,000 organisations and 4 million Spaniards with disabilities.