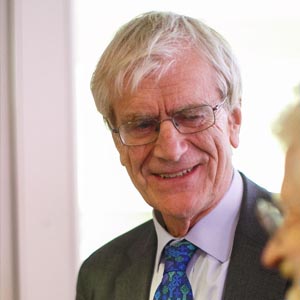 Sir Richard Lambert
Chairman of the Trustees of the British Museum

Sir Richard Peter Lambert (born 23 September 1944) is a British journalist and business executive. He served as Director-General of the CBI, Chancellor of the University of Warwick and editor of the Financial Times newspaper. He currently is the Chairman of the Trustees of the British Museum.