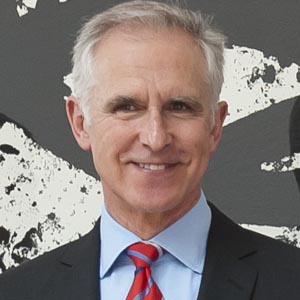 Juan Ignacio Vidarte
Director of the Consortium for the Guggenheim Bilbao

Juan Ignacio Vidarte, Director General of the Guggenheim Museum Bilbao, was born on February 20, 1956 in Bilbao (Spain). He is married and has two daughters.

He graduated in Economics and Business Administration from the University of Deusto in Bilbao in 1978, and took postgraduate studies at the Massachusetts Institute of Technology (MIT) in Cambridge, Massachusetts (USA).

In 1992 he became Director of the Consortium for the Guggenheim Bilbao Project, in charge of managing construction and installation of the Museum in Bilbao. On December 18, 1996 the Board of Trustees of the Guggenheim Museum Bilbao Foundation appointed him Director General of the Museum, a position he holds since October 2008 simultaneously with his responsibilities as Chief Officer for Global Strategies of the Solomon R. Guggenheim Foundation.

Under his management, the Museum has received numerous awards and prizes since its opening in October 1997, including the Gold Medal in Fine Arts in 1999; the European Museum Forum Museum of the Year Award in 2000; the EFQM Silver Q Award for Management Quality in 2004; the Tourist Appeal Award in 2005; or Vasco Universal 2007, a distinction awarded to entities or individuals that project a positive and enhancing image of the Basque Country abroad.

He has published numerous articles and delivered talks in Universities such as Deusto, Salamanca, Valencia, Coruña, Spanish Open University, Menéndez Pelayo, or Harvard, among others, on the Museum’s management model and its economic impact, including his appearance as guest speaker before the British House of Commons, where he delivered a paper entitled The Bilbao Effect. He has also been invited to participate in national and international conferences and encounters such as the Brussels Capital of Europe seminar, organized by the European Commission and attended by such well-known figures as Romano Prodi, Umberto Eco, or Rem Koolhaas; and Encounters for a European Culture, an initiative organized under the auspices of the President of the French Republic in May 2005 which gathered artists, scholars, and professionals from the world of culture from all Member States of the European Union; since September 2008 he has been a participating member of the annual Global Creativity Leadership Summit in New York.