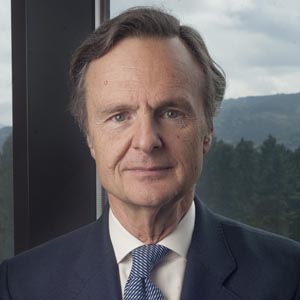 Secretary of State for Home Affairs from 1996 to 2000. He is currently President of Neinor, S. A. U.; Chairman of Real Estate Consulting Services Association (ACI) and Chairman of the Tomás Pascual Institute for Health and Nutrition. Among others, he sits on the Board of Liteyca (Communications appliances). Chairman of the Board of Trustees of the Museo Nacional Centro de Arte Reina Sofía; Chairman of Ankaria Foundation (Arts & Sociology), Chairman of the Foundation Empresa y Humanismo (University of Navarra) and Member of the Board of Trustees of the Pro Real Academia Española Foundation, He has been awarded the Great Cross of the Orders of Isabel la Católica and of Carlos III, amongst other Spanish and foreign awards and decorations