Welcome to the III European Liberal Arts and Core Texts Education Conference. This year's conference general topic is "Caring for Souls: Can Core Texts Educate Character?". The Core Curriculum Institute at the University of Navarra (Pamplona, Spain) invites you to three days of lively conversation and discussion (Thursday 17 - Saturday 19 October, 2019).

The previous two European conferences were held at Amsterdam University College (2015) and the University of Winchester (2017). This is part of an initiative to bring together scholars from European universities (and institutions from all over the world) interested in the tradition and practice of liberal education. We have the support of the Association for Core Texts and Courses (ACTC).

On 16-17 October 2019, the University of Navarra will host the III International Colloquium John Henry Newman, with the following topic: The liberal education in John Henry Newman. Participants who are interested could attend both conferences. More information. 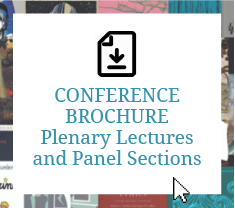