The American Experiment is Taking its Last Breaths of Life 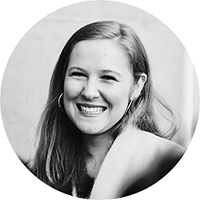 Madeline Lasota, third year student of Philosophy, Politics and Economics (PPE)
in the University of Navarra, brings us a nostalgic reflection on the greatness of
what America once was and the dangerous road it is heading down now.

With only one day left to the U.S. Presidential elections and in the midst of economic catastrophe, cultural upheaval, and a voracious worldwide pandemic, American voters across the nation are gripping tight to whatever political stability they have left.

With no clear finish line in sight, many see this election as the most important of their lifetime in terms of economic recovery, social change, and the future of healthcare. What is at stake is more than just the election of a president: it is the future of the very foundation and stability of the American democratic system.

Internationally, questions that are being raised about whether this election will be fair, free, or easy are leaving lawyers and political analysts with mounds of research to undertake. Something dark and dangerous is making the electoral system creak with pending tension that many believe will shift the entire nation into complete and utter disarray.

As one fearful journalist from The Atlantic notes, “The danger is not merely that the 2020 election will bring discord. Those who fear something worse take turbulence and controversy for granted. The coronavirus pandemic, a reckless incumbent, a deluge of mail-in ballots, a vandalized Postal Service, a resurgent effort to suppress votes, and a trainload of lawsuits are bearing down on the nation’s creaky electoral machinery.” What happens tomorrow is quite literally life or death for the state of America.

However, in framing the question, “Which presidential candidate is worse for the future of America?” it is painstakingly clear that this type of thought process misses the most fundamental problem that underlies what is truly at stake: America’s current state of affairs clearly shows a country that is deeply fractured at its foundation, a country that has lost her purpose. 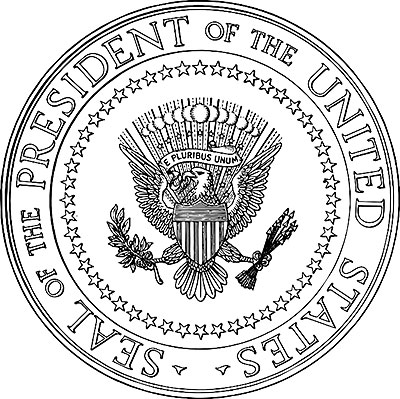 244 years ago, the American experiment came to life, unparalleled to anything in history. With strong ambitions at the forefront of this social and political revolution, the founding fathers of the United States of America relentlessly fought to construct a nation that would strive to uphold the values of freedom, democracy, and individual rights.

These principles would be faithfully preserved, passing them on to the generations to come. Early revolutionary heroes successfully “forged a distinct national identity strong enough to acculturate the many ethnic groups that have immigrated, while preserving a strong sense of its unitary creed.” This pioneering vision can be summed up in a few words taken from the hit Broadway musical created as a tribute to one of America’s founding fathers, Alexander Hamilton:

“You will come of age with our young nation
We'll bleed and fight for you, we'll make it right for you
If we lay a strong enough foundation
We'll pass it on to you, we'll give the world to you”

These words reflect just that: a dream, a vision, and a purpose worthy of passing on.

As one journalist from The Manhattan Institute comments about the pricelessness of this legacy, the founding fathers “created something breathtakingly new in history: a self-governing republic that protects the right of individuals—not serfs, not subjects, but equal citizens before the law—to pursue their own happiness in their own way.” The grandeur of this reality, however unpopular it may seem at our current historical moment, deserves to be remembered.

However, with a new wave of anti-Americanism rising to an unprecedented pitch on an offline, the forces at work beneath this mob disorder bemoan symptoms of virulent radicalism that are apt to sooner or later run into anarchy.

It is not so much a matter of who will win the election that will define the future trajectory of the United States; rather, it boils down to how the guiding principles at the core of this nation come to fruition in the actions of its citizens, or in the worst case, as they are ripped apart at the seams.

Since the outset, as John Adams (one of the founding fathers) amply understood, the “principles, opinions, sentiments, and affections” of the American people have been crucial to the essential nature of its republic. This is why the anti-American sentiments that have slashed their way through top media headlines and the public opinion are so incredibly dangerous for the stability of America’s democracy.

Since the dawn of the modern age, the United States has been Alexis Tocqueville’s shining “city on a hill” as a beacon of light in terms of social progress, well-founded patriotism, and superb economic growth. Yet the ruptured reality of this upcoming election shows clear warning signs that this once well-grounded national stability is existentially crumbling.

Staggering and Disillusioned, Will America Make it Out Alive?

On October 17th, a national polling survey showed that 65.4% of Americans believe that America is “headed in the wrong direction.” This is a lamentable tragedy. With citizen confidence in the durability of the United States rapidly decreasing, it is difficult not to suspect that the rest of the world thinks any different.

But what once was cannot and should not be forgotten. America of course has its deeply scarred history, with slavery permanently remaining as a sunken, hollow stain. Nonetheless, the American ideal offered people a chance that no other culture had or could: namely, the chance to re-invent and renew one’s life through advancing one’s position regardless of race, social class, or any other external factor, ultimately creating a better future for one’s children.

My own family’s story reflects this longstanding American ideal: my grandmother and her siblings were born on a work farm in Germany during World War Two. They came to the United States by boat with next to nothing and settled in Chicago, IL. In the face of innumerous financial and social obstacles, they pushed themselves to quickly learn English while struggling to make ends meet.

In spite of these hardships, my grandmother married a construction worker and together they raised five children. Today, they have a total of 31 grandchildren and 1 great-grandchild. Their sacrifice, hard-work and commitment to the American dream has given me and my cousins the chance to create our own futures with adequate means and unimagined opportunities.

These and countless other stories like it demonstrate that the passionate nationalism of America has been rooted in the exceptionalism of a people prescribed for greatness through individual redemption and equality of opportunity under the law.

As the American experiment takes its last breaths of air, the future remains unknown and uncharted. It seems as though we all have more existential questions than any grounded answers. I cannot help but mourn the tragic splintering of our beautiful country, yet I will continue to hold on to the last dregs of hope that remain engrained in my family’s history.

I see myself as an American first and am willing to defend and uphold the principles that have defined my nation since her birth. What happens in this next election, in my opinion, will not do more damage than has already been done. The true effect will come first and foremost from what America has always stood for: her people. 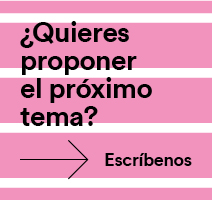 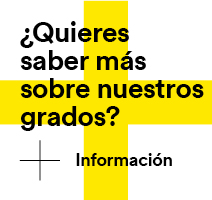