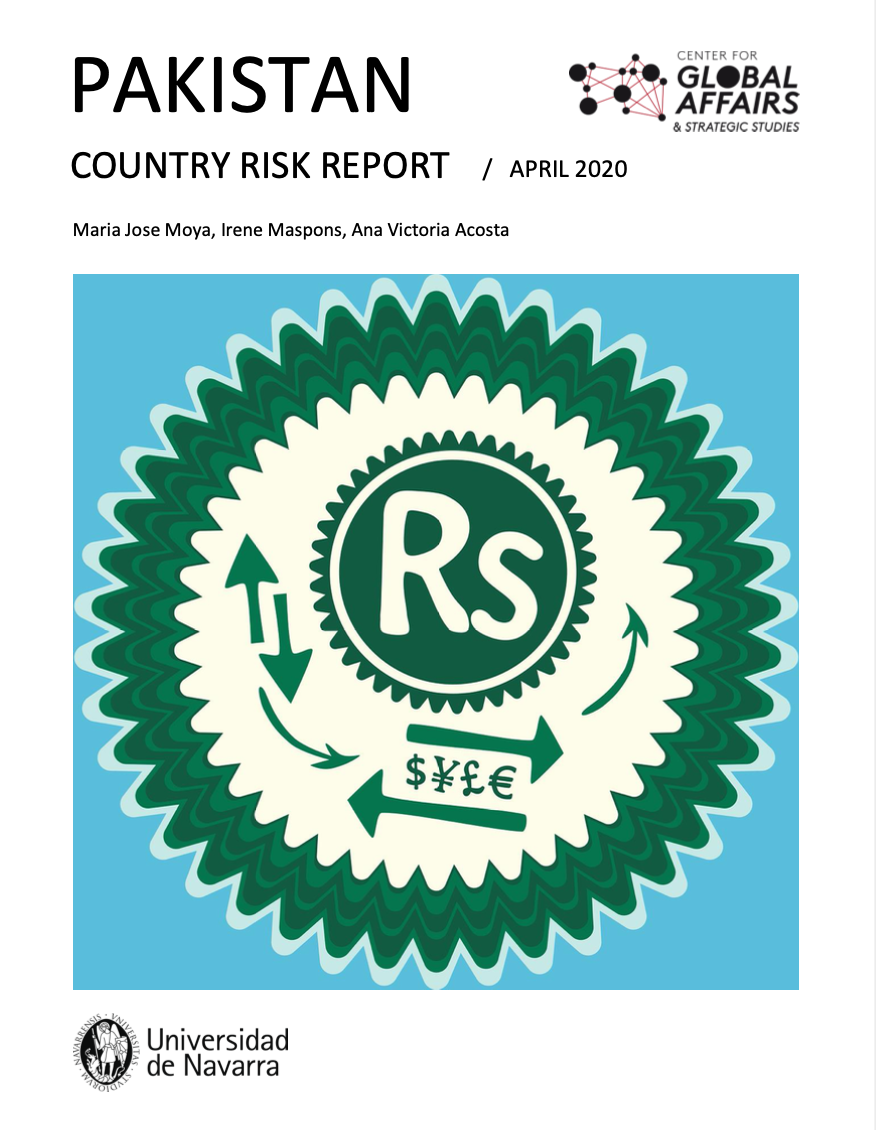 The government of Prime Minister (PM), Imran Khan, was slowly moving towards economic, social, and political improvements, but all these efforts might be hampered by the recent outbreak of the COVID-19 virus since the government must temporarily shift its focus and resources to keeping its population safe. Additionally, high logistical, legal, and security challenges still generate an uncompetitive operating environment and thus, an unattractive market for foreign investment in Pakistan.

Firstly, in relation to the country’s economic outlook, Gross Domestic Product (GDP) was expected to gradually recover around 5% in the upcoming years. However, according to latest estimates, this growth will suffer a negative impact and fall to around 2%, straining the country’s most recent recorded improvements.  On the other hand, in the medium to long-term, Pakistan will benefit from the success of the China-Pakistan Economic Corridor (CPEC), which is a strategic economic project aiming to improve infrastructure capacity in the country. Pakistan is also facing an energy crisis along with a growing demand from a booming population that hinder a proper economic progress.

Secondly, Pakistan’s political future will be shaped by Khan’s ability to transform his short-term policies into long-term strategies. However, in order to achieve this, the government must tackle the root causes of political instability in Pakistan, such as long-lasting corruption, the constant military influence in decision-making processes, the historical debate among secularism and Islamism, and the new challenges posed by the COVID-19 pandemic. Still, PM Khan’s progressive reforms could represent the beginning towards a “Naya Pakistan” (“New Pakistan”).

Thirdly, Pakistan’s social stability is contextualized within a high risk of terrorist attacks due to its internal security gaps. The ethnic dilemma among the provinces along with the government’s violent oppression of insurgencies will continue to impede development and social cohesion within the country. This will further aggravate in light of a current shortage of resources and the impacts of climate change.

In addition, in terms of Pakistan’s security outlook, the country is expected to tackle terrorist financing and money laundering networks in order to avoid being blacklisted by the Financial Action Task Force (FATF). Nonetheless, due to a porous border with Afghanistan, Pakistan faces drug trafficking challenges that further destabilize national security. Finally, the turbulent Indo-Pakistani relation is the most significant conflict for the South Asian country. The disputed region of Jammu and Kashmir, a possible nuclear confrontation, and the increase of nationalist movements along the Punjab region, hamper regional and international peace.

Operation Checkmate: Pakistan in a crossfire between world powers

▲ A view of the Badshahi Mosque, in Lahore, capital of the Punjab province [Pixabay] 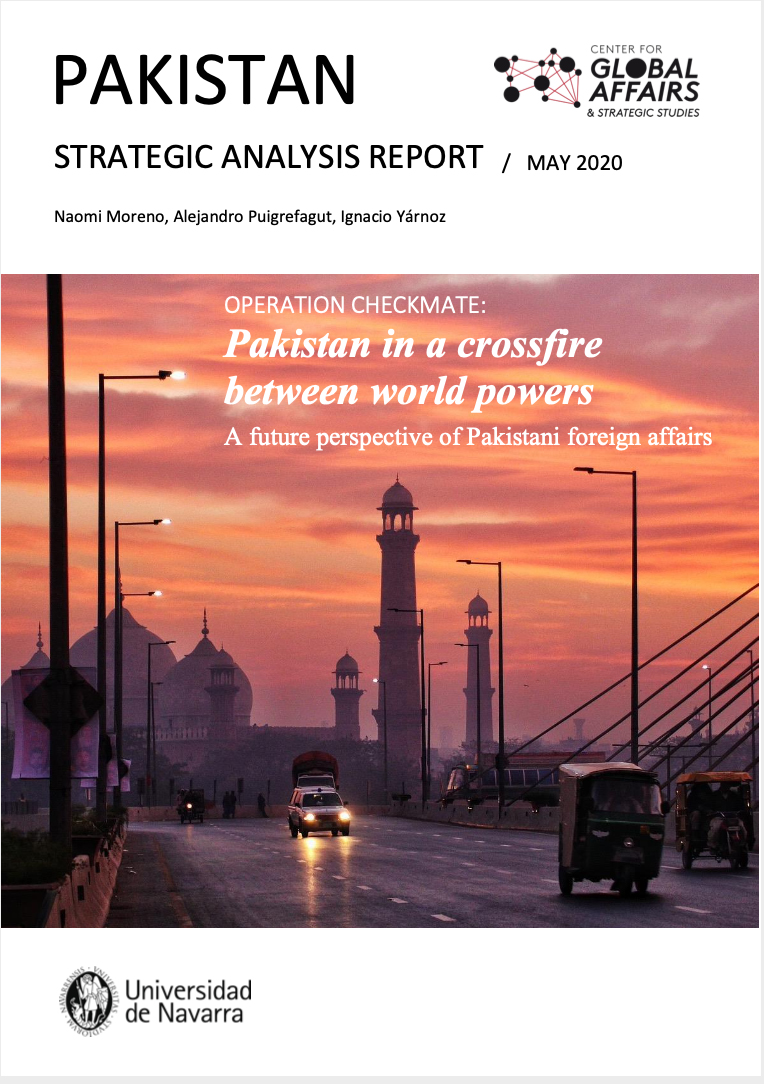 This report has been aimed at examining the future prospects for Pakistan in the 2025 horizon in relation to other States and to present various scenarios through a prospective strategic analysis.

The research draws upon the fact that, despite the relatively short space of time, Pakistan is likely to undergo several important changes in its international affairs and thus feel forced to rethink its foreign policy. This strategic analysis suggests there could be considerable estrangement between the U.S. and Pakistan and, therefore, the American influence will decrease considerably. Their security alliance could terminate, and Pakistan would cease to be in U.S.’ sphere of influence. Moreover, with the new BRI and CPEC projects, China could move closer to Pakistan and finally become its main partner in the region. The CPEC is going to become a vital instrument for Pakistan, so it could significantly increase Chinese influence. Yet, the whole situation risks jeopardizing Pakistan’s sovereign independence.

India-Pakistan longstanding dispute over Kashmir seems to be stagnated and will possibly remain as such in the following years. India has taken steps to annex its administered territory in Jammu and Kashmir and Pakistan could potentially follow. The possibility of an open conflict and a nuclear standoff remains possible as both nuclear powers have very different strategies and conceptions which could lead to a misinterpretation and a nuclear escalation.

In the quest to rethink its foreign policy, the U.S.-Taliban peace and the empowerment of the group has come as a bolt from the sky for Pakistan. Through its ties with the Taliban, Pakistan could gain itself a major presence in the region namely by reaching out to Central Asia and advance its interest to curtail India’s influence. Amid a dire economic crisis, with regards to the Saudi Iranian Cold War, Pakistan could seek a way in which it can recalibrate its stance in favor of the resource-rich Saudi alliance while it appeases sectarian groups who could strongly oppose this potential policy.

Pakistan ought to acknowledge that significant changes ought to be made in both the national and international sphere and that decisive challenges lay ahead.

Pakistan. Predictions on the eternally hijacked 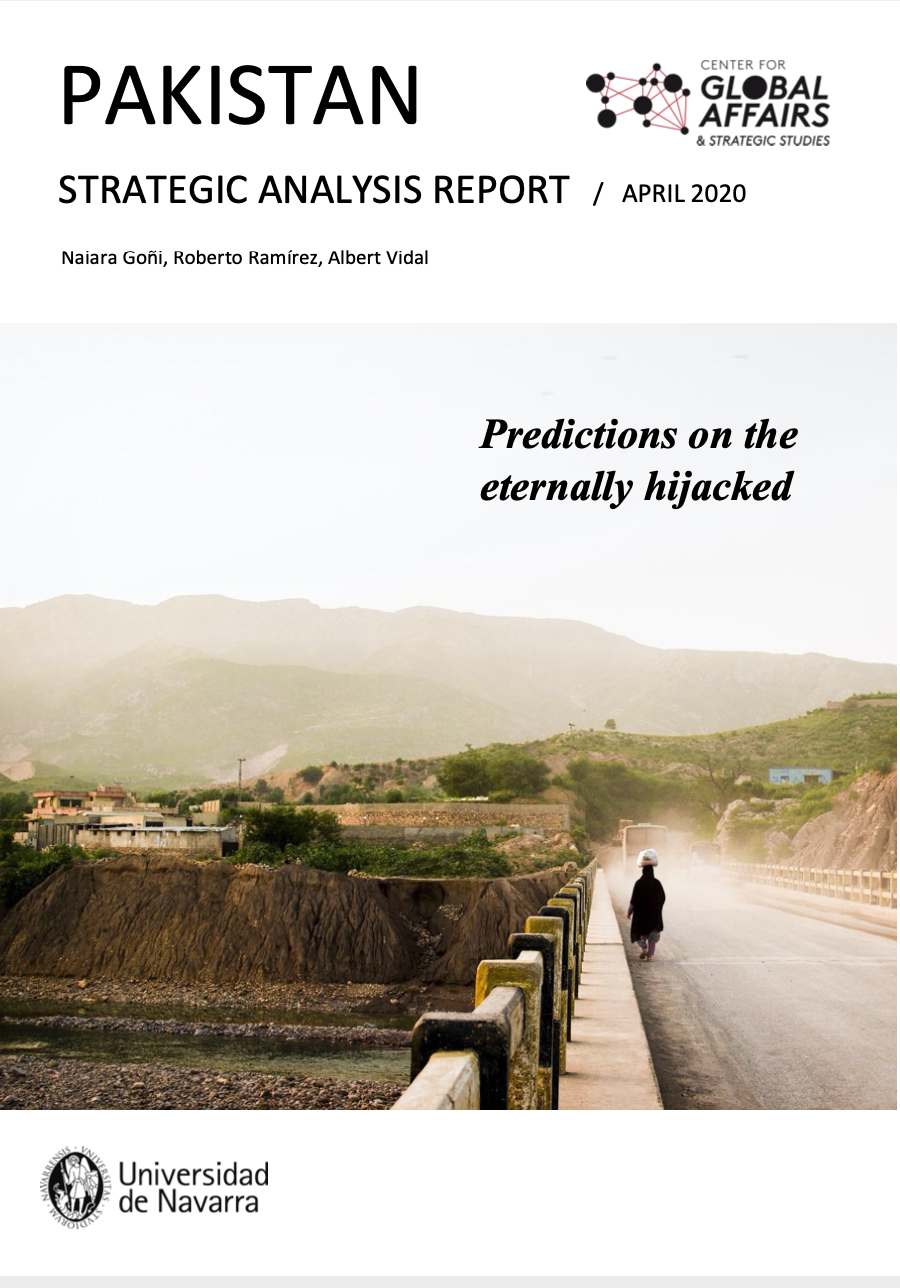 The purpose of this strategic analysis report is to ascertain how geopolitical dynamics in and around Pakistan will evolve in the next few years.

Pakistani relations with the US will become increasingly transactional after the US withdrawal from Afghanistan. As the US-India partnership strengthens to face China, the US will lose interest in Pakistan and their priorities will further diverge. In response, Beijing will remain Islamabad’s all-weather strategic partner despite claims that the debt-trap could become a hurdle. Trade relations with the EU will continue to expand and Brussels will not use trade leverage to obtain Human Rights concessions from Islamabad. Cooperation in other areas will stagnate, and the EU’s neutrality on the Kashmir issue will remain unchanged.

In Central Asia, Islamabad will maintain positive relations with the Central Asian Republics, which will be based on increasing connectivity, trade and energy partnerships, although these may be endangered by instability in Afghanistan. Relations with Bangladesh will remain unpropitious. An American withdrawal from Afghanistan will most likely lead to an intensification of the conflict. Thanks to connections with the Taliban, Pakistan might become Afghanistan’s kingmaker. Even if regional powers like Russia and China may welcome the US withdrawal, they will be negatively affected by the subsequent security vacuum. Despite Pakistani efforts to maintain good ties with both Iran and the Kingdom of Saudi Arabia (KSA), if tensions escalate Islamabad will side with Riyadh. Pakistan’s weak non-proliferation credentials will be coupled with a risk of Pakistan sharing its nuclear arsenal with the Saudis.

A high degree of tensions will continue characterizing its relations with India, following the abrogation of Articles 370 and 35A of the Indian constitution. Water scarcity will be another source of problems in their shared borders, which will be exacerbated by New Delhi’s construction of reservoirs in its territory. Islamabad will continue calling for an internationalization of the Kashmir issue, in search of international support. They are likely to fight localized skirmishes, but there is a growing fear that the contentious issues mentioned above could eventually lead to an all-out nuclear war. PM Khan and Modi will be reluctant to establish channels of rapprochement, partly due to internal dynamics of both countries, be it Hindu nationalism or radical Islam.

A glance inside Pakistan will show how terrorism will continue to be a significant threat for Pakistan. As a result of Pakistan’s lack of effective control in certain areas of its territory, the country has been used as a base of operations by terrorist and criminal groups for decades, to perpetrate all kinds of attacks and illegal activities, which will not change in the near future. Risks that should be followed closely include the power of anti-Western narratives wielded by radical Islamists, the lack of a proper educational system and an ambiguous counter-terrorism effort. In the midst of this hodgepodge, religion will continue to have a central role and will be undoubtedly used by non-state actors to justify their violent actions, although it is less likely that it will become an instrument for states to further their radical agendas.