Process of Modernization and Technological Development in Estonia

Simplicity is the best word to describe this Baltic country. Its flag represents the main landscape of the country; a white land covered in snow, a black forest, and a blue light sky. And so is its economy, politics and  taxation. What a minimalistic artwork is Estonia.

Estonia is the smallest of the three Baltic countries, with the smallest population and a quite big border with Russia, concretely 294 km long. Even so, Estonia has a bigger GDP per capita (17,727.5 USD in 2016 according to World Bank) than the other two Baltic states: Latvia and Lithuania. It has a bigger presence in the markets and a bigger quality of life according to the OECD in a study done it in 2017.

Technology is a very important part of Estonia's  economy. According to the World Bank, 15% of Estonia's  GDP are high tech industries. Following the example of Finland, Estonia has made technology the most important aspect  of  their economy and society. But not just that, with the eyes faced towards the future, or as the Estonians call it “Tulevik”, this former part of the Soviet Union of 1,3 million inhabitants  has become the most modernized state in Europe.

The 24th of February of 2018 Estonia celebrated the 100th anniversary of the its independence, so it is interesting to see how the evolution of this small country is and will continue to be.

All this has been possible because of different figures  like Laar, Ilves, Ansip, and Kotka. 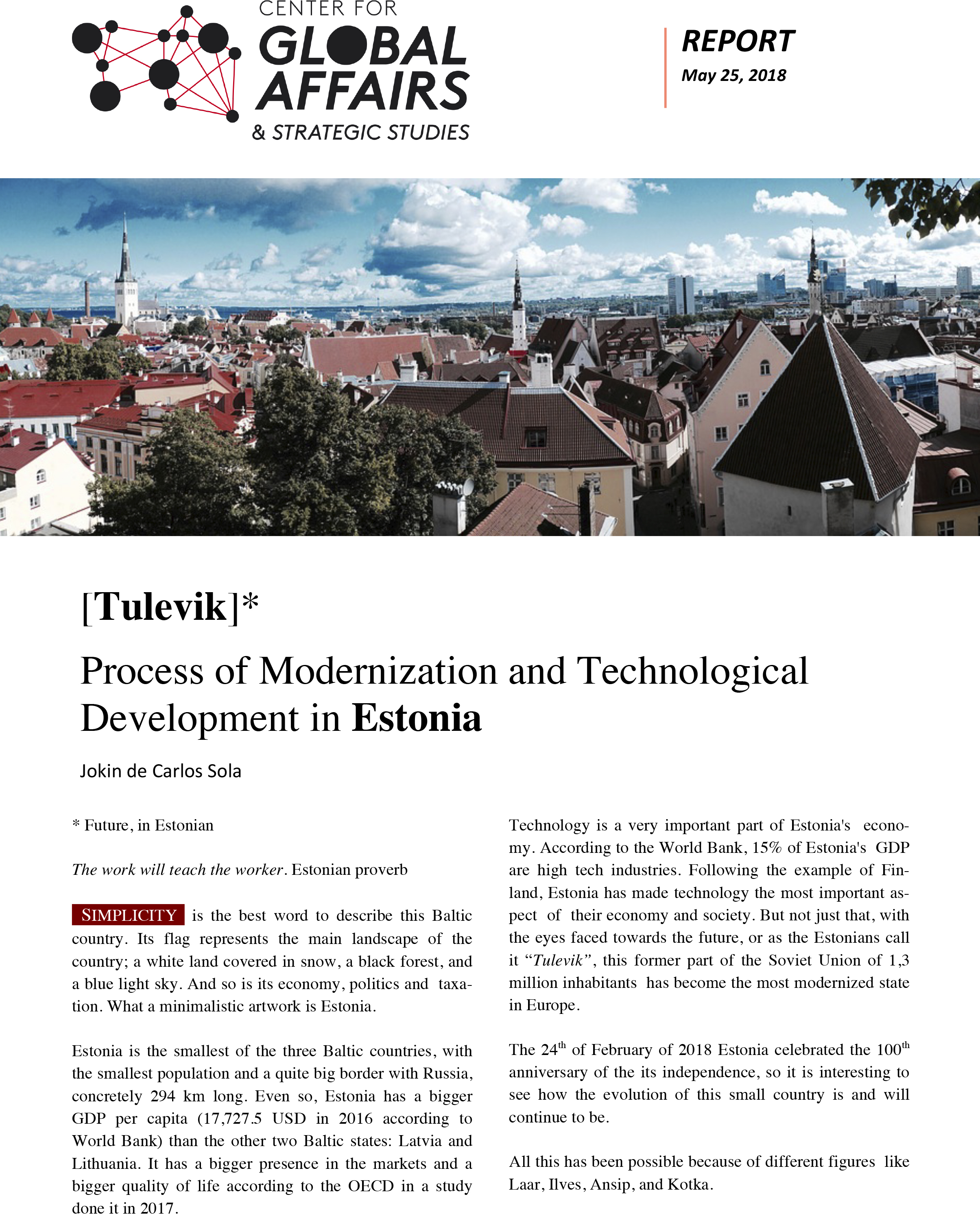