South Africa’s role in the BRICS

Nowadays we are seeing how countries that during the Cold War did not show great symptoms of growth, today are on their way to becoming the world's largest economies during the period 2030-2045. These countries, “marginalized” by the Western powers in the process of implementing a global economic system, aspire to form an economic order in which they have the decision-making power. This is why South-South alliances among formerly "marginalised" countries predominate, and will continue to prevail in the future. Among these, the ZOPACAS (of which I already wrote about in another article), the IBSA dialogue forum or the BRICS group stand out. Throughout this article, special mention will be made to this last group and how the political and economic interests of the great powers within it, mainly of China, prevail when it comes not only to deciding and coordinating the agreed policies, but also to interceding to accept or not the inclusion of a certain country in the group. In this way, China tries to increase its political and economic ties with the African continent which is crucial in China´s strategy to become the leading nation by 2049 (coinciding with the 100th anniversary of its creation). 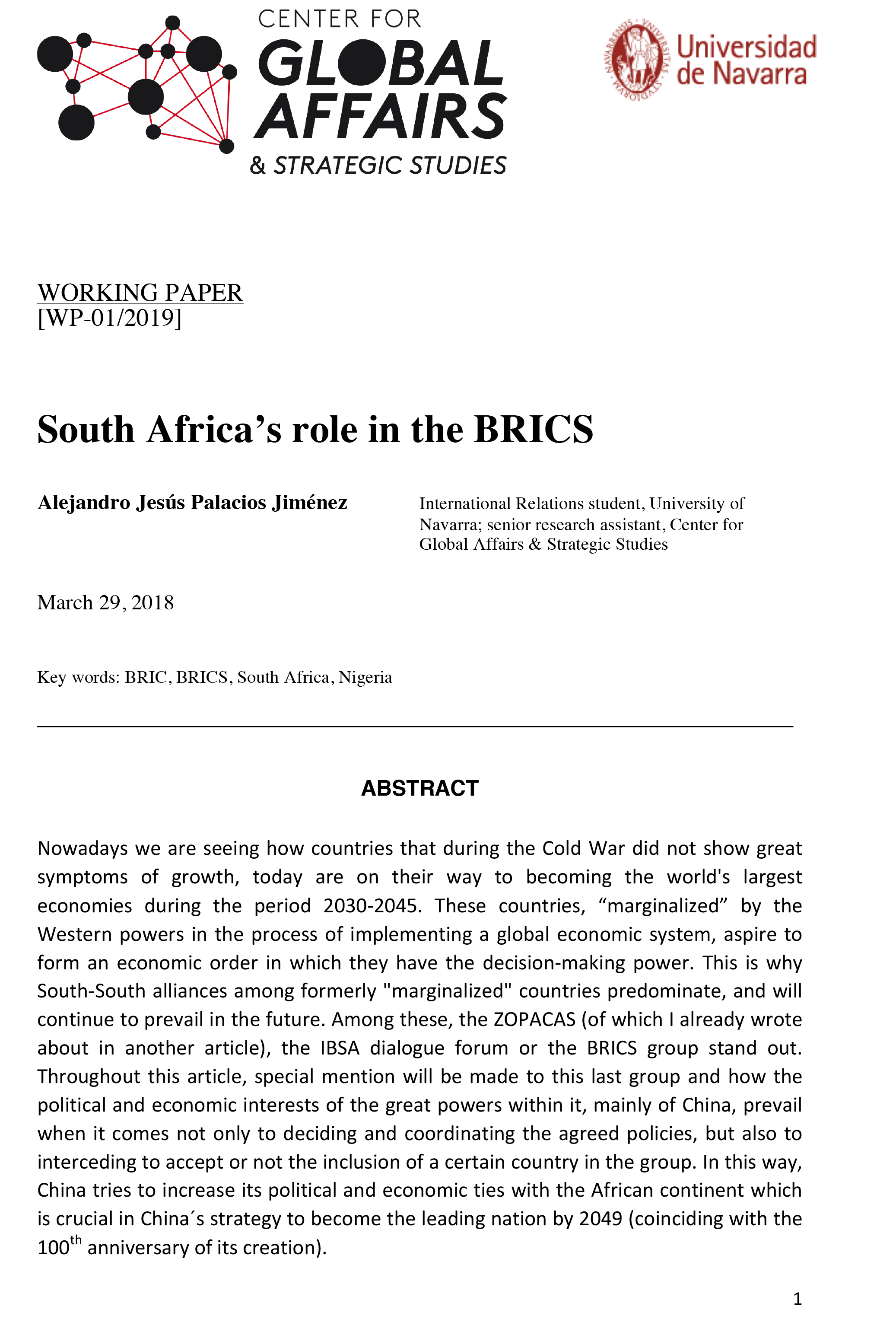