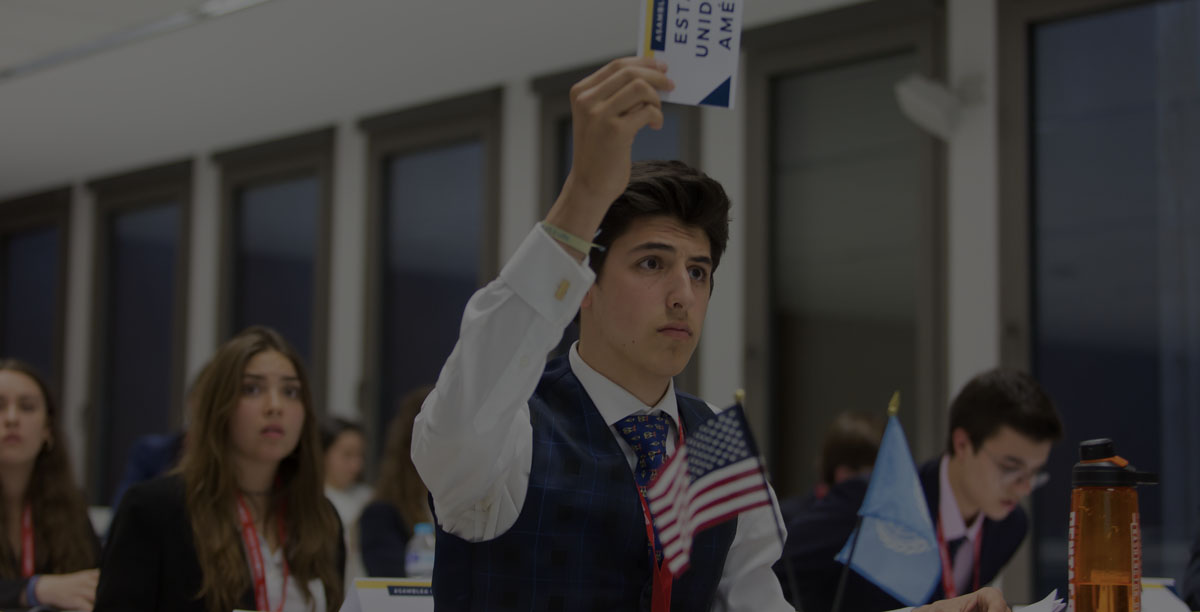 Our tenth edition of the University of Navarra Model of United Nations Conference will be held on February 24th-26th, 2022.

Our goal is not only to promote and search for ideas that can change us for the better, but also to create a space of social integration and understanding. Our social events are planned as so participants at our conference can get to know each other while discovering the cultural city of Pamplona and its people.

Join us in our search for voices that can change the discussion of the global issues concerning us all. At our 2020 Conference we´ll be entertaining 5 UN Committees and 1 General Assembly Commission. In each committee, an issue concerning the UN agenda will be taken, analyzed, and debated. New treaties will emerge, resolutions will be passed and rejected, and ideas will emerge as we find our way in the means of diplomacy to solutions that can alter the way we live.

What is the United Nations?

The United Nations is an intergovernmental organization, based in New York, created on October 24, 1945, after the Second World War, which replaced the League of Nations, to promote international cooperation.

The United Nations takes action on the problems that humanity faces in the twenty-first century, such as the maintenance of peace and security, the protection of the environment, the promotion of economic and social development, sustainable development, the promotion of human rights, disarmament, terrorism, humanitarian and health emergencies, gender equality, governance, food production and much more.

The UN also provides a forum for its members to express their opinion, and it has become a mechanism for governments to find areas of agreement and solve problems together.

It has five main organs: the General Assembly, the Security Council, the Economic and Social Council (ECOSOC), the Secretariat and the International Court of Justice. Within each of these bodies there are a plurality of subsidiary organs, related and specialized bodies, functional and regional commissions, offices, and funds and programs, which form the United Nations System.