Patient Care, Public Health, and the Limits of Biomedicine

Social Trends Institute interviews Joseph E. Davis, collaborator of the of the ‘Emotional Culture and Identity' Project of the ICS, on occassion of the publication of the new book ‘To Fix or to Heal', coedited by him together with Ana Marta González 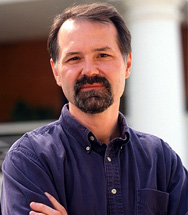 Ana Marta González and Joseph E. Davis, members of the ‘Emotional Culture and Identity' Project of the Institute for Culture and Society (ICS), are the coeditors of the new book ‘To Fix To Heal. Patient Care, Public Health, and the Limits of Biomedicine'.

The collected essays in this book shed valuable light on why reductionism has persisted and why more holistic models, incorporating social and environmental factors. Precisely because of the centrality of the biomedical approach to our society, the contributors argue, challenging the reductionist model and its ever-widening effects is perhaps the best way to press for a much-needed renewal of the ethical and political discourse.

On occasion of the publication of the new book, the research center Social Trends Institute interviewed Joseph E. Davis, Research Associate Professor of Sociology and Director of Research at the Institute for Advanced Studies in Culture at the University of Virginia. 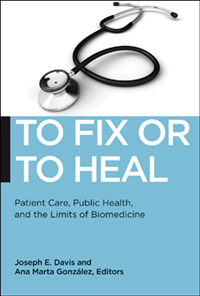 The title of your book is To Fix or to Heal?: Patient Care, Public Health, and the Limits of Biomedicine. What choice is implied by the phrase "fix or heal"?

In our book "fix" alludes to a reductionistic medical framework, "heal" to a more holistic one. We use this reductionism/holism distinction to frame a broad continuum of concerns, from patient care to global health disparities. Neither term has a univocal meaning, but "reductionism" means generally those features of the biomedical model against which "holism" aligns itself. These features include a mechanistic and narrowly somatic understanding of disease, a preoccupation with cure to the neglect of prevention, diminishing medical care to a marketplace commodity, and restricting the definition of the human good to naturalistic terms.

The term "holistic" often refers to "alternative" medical approaches, such as homeopathy or ayurveda. Is that what you have in mind by "holism?"

Not really. "Holism" in that sense opposes conventional medicine and wants to replace it. We have in mind a different holism: a set of interlinked ideas articulated within the mainstream of medicine and social science. "Holism" as we use it includes a broad range of systemic, integrative concerns: the patient as person, the experiential aspects of suffering, the environmental determinants of health, and more. The shared feature of all these concerns is a contextual understanding of disease causation, intervention, or practice.

What are the "limits of biomedicine" mentioned in the subtitle?

The book is divided into three sections, each of which tries to suggest some challenges to the prevailing "fix" orientation. Part 1 focuses on the cultural context of reductionist medicine, and the limitations that context imposes. Biomedicine is powerful, but it is powerful in part because it echoes key features of the broader social order. To some extent, biomedicine depends on this cultural context for its power, and is captive to it. It is increasingly clear that this dependency presents certain challenges to medicine. For instance, biomedicine is deeply individualistic, but the very logic of individualism makes it hard for medicine to resist the encroachments of consumerism, and defend its own goals as an ethical profession.

Part 2 focuses on the practical limits of reductionist medicine in the face of the shifting disease burden. The biomedical model came of age in an era when infectious diseases dominated, and a specific disease/specific cure orientation was well suited to such diseases. But the chronic illnesses that now kill most Westerners resist explanation in deterministic, monocausal terms. Moreover, developments in the larger world cast doubt on biomedicine's apparent success. From the rising cost of health care to the unexpected resurgence of infectious disease, we are confronted with the need for holistic approaches like never before. In light of a globalized world, one-dimensional and reductionist approaches seem anachronistic.

Part 3 addresses the limits of current ethical discourse about biomedicine. Health and illness are public as well as private matters, and ethical questions are ineradicable from medicine. The great cultural appeal of the reductionist biomedical approach was partly that the messy business of moral questions could largely be avoided—or so it seemed. In fact, the biomedical model smuggled in a great many moral convictions without ever examining them. "Health" language can become a kind of repressive ideology, and health has become nearly synonymous with the good life. An important work of ethics here is to draw out the background assumptions of biomedicine, making them transparent and open to discussion. The naturalistic language of conventional bioethics may not be equal to this task.

The complete interview in the Social Trends Institute's website