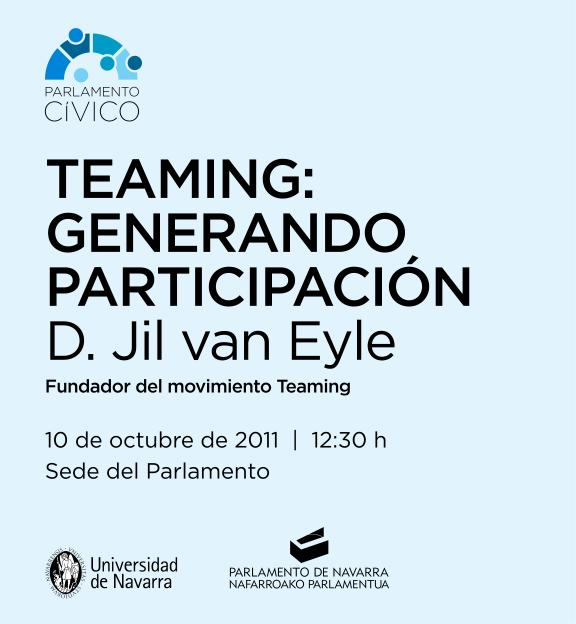 The aim of the event was to raise first-hand awareness of the Teaming movement by its founder.

What is the Teaming movement? Teaming is an initiative that consists in gathering micro-donations to support solidarity projects. According to Jil Van Eyle, despite what it may seem "the economic crisis makes people more generous, they are more willing to help others simply because there are more problems right on their doorstep". Currently, Argentina and Mexico is where Teaming is more active and it is noteworthy that in Latin America "aid often bypasses the NGOs because people decide to help others around them directly".